It’s not often we get to meet the originator of a bonsai started 62 years ago. From a tiny cutting.

A few months back I had the honor of meeting such a person, Leroy Goodwin, from Portland, Oregon. Several plants of his dated to the early 1960’s, including a few English Ivy. This Hydrangea caught my eye not only for the superior trunk line, but the unusual species. I’ve only seen a few Hydrangea bonsai before.

This spring we repotted this newcomer to the garden into a new pot, at a new angle. If you’re curious to see it in person, it’s in the 2022 Portland Japanese Garden display. 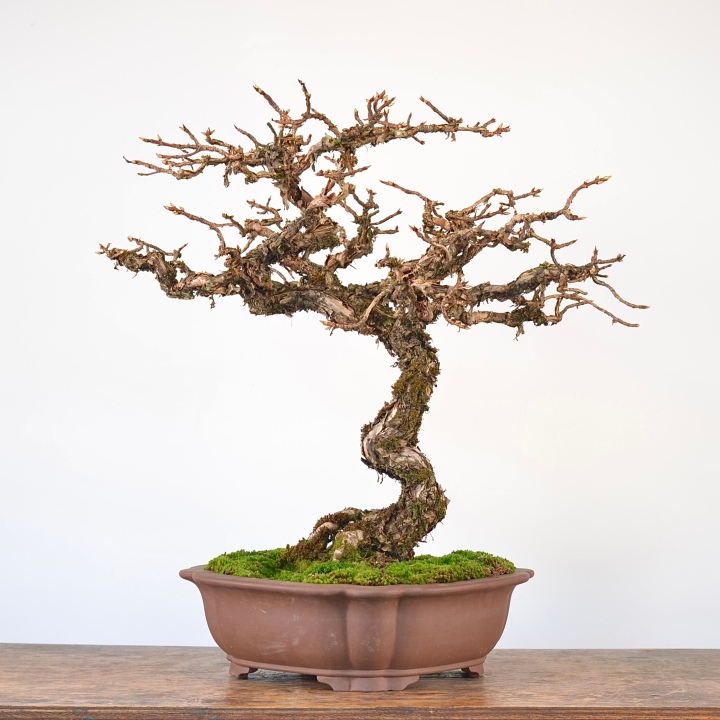 Climbing Hydrangea, the work of Leroy Goodwin—62 years from a cutting. 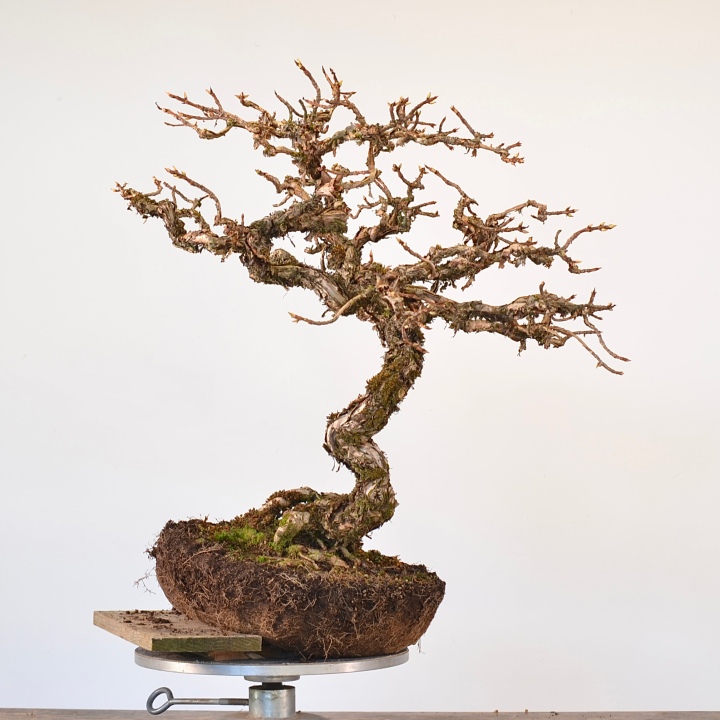 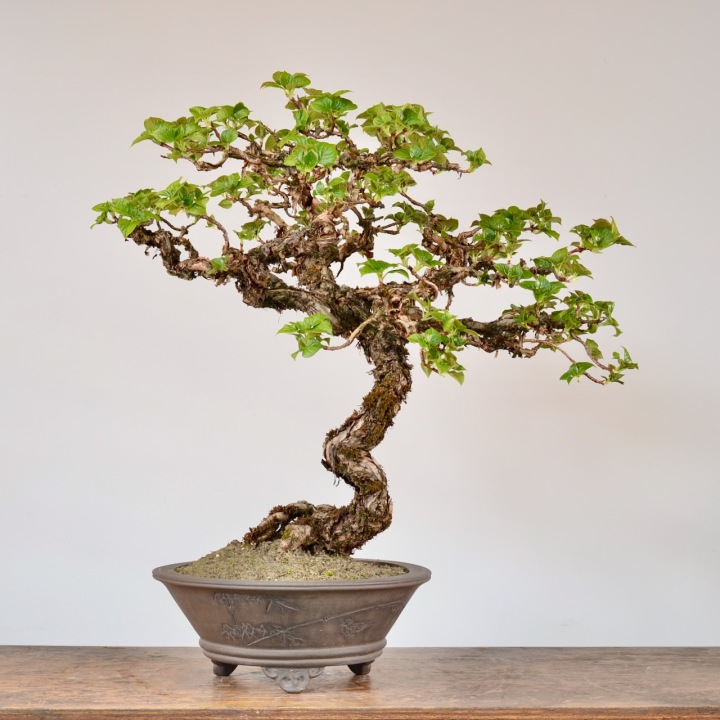 New pot, at the new inclination. 26”H / 66cm. This specimen is a perfect example of my post from 2019, When Can We Call Deciduous Bonsai As…