On the 3rd of September, a critical milestone was reached to put an end to this horror: a European Commission committee, made up of representatives from all EU Member States, put forward a proposal to completely ban lead shot in wetlands. No less than eighteen countries, representing 90% of the EU’s population, voted in favour of the proposal. That’s amazing news for Europe’s swans, flamingos and spoonbills; however, they have only won one battle: following the EU’s legislative procedure, this proposal now needs to be approved by the European Parliament and Council.

Still: this vote is a fantastic, life-saving decision, and follows years of constant struggle. Today, wetland-dwelling birds, such as the lesser white-fronted goose – a globally threatened species with a decreasing population trend – have reason to celebrate! A nice moss and seed dinner for the occasion, perhaps?

It’s important to note that banning lead shot in wetlands doesn’t mean banning hunting: safer alternatives to lead shot are readily available to hunters. The point of the lead shot ban is to create a safer, healthier and more sustainable environment for everyone, hunters included. To learn more, have a look at Dead by lead, a short documentary we produced on the issue. https://www.youtube.com/embed/YIIwjE_usQ8&nbsp;

You may ask: why focus on banning lead shot in wetlands, specifically?

Because water birds are the most vulnerable. They often mistake the small lead shot pellets for grit: small stones they ingest to grind their food. As wetlands are stone-poor environments, waterbirds are more affected by this phenomenon than those in other habitats. Nonetheless, lead isn’t just toxic for wetlands. It’s still poisoning other natural habitats. But there’s hope: as I write these lines, the European Chemicals Agency is assessing a potential ban of lead in terrestrial habitats other than wetlands, as well as in fishing weights. We look forward to reading their conclusions later this year.

BirdLife and its partners been campaigning to ban lead shot for years. It is only thanks to the broad support of conservation NGOs, policymakers, the European Commission, scientists and many other people that we were able to achieve this great milestone. 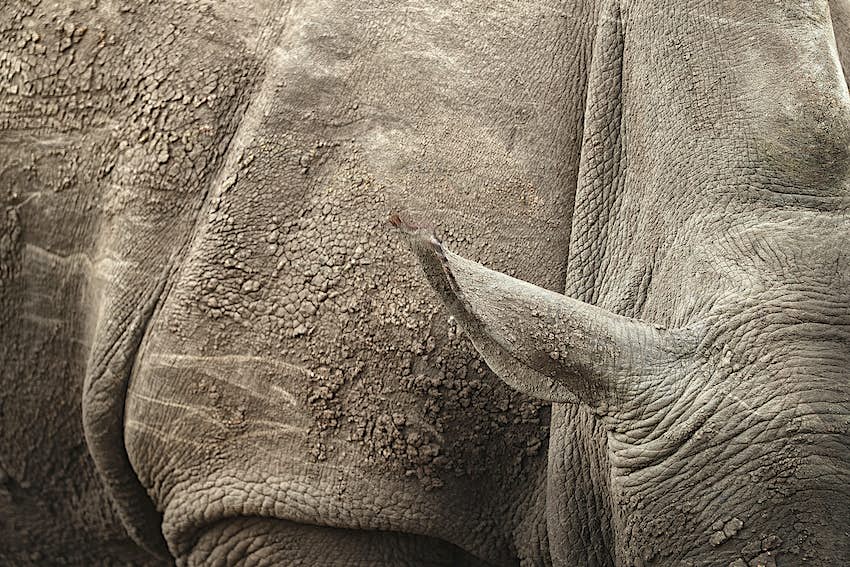 Around the world countries are adjusting to what their “new normal” looks like in the context of the COVID-19 pandemic. For rhinoceros conservationists in Africa, it means coping with fewer resources while fighting an increase in the risk of poaching. Illegal hunting is nothing new for the dwindling rhino species, but the pandemic has amplified the threat and left their future more uncertain than ever.

Saving the rhinos during Covid-19

Animal experts say poaching is as much an epidemic for rhinos as Covid-19 is for humans. Learn how some conservation organizations in Africa are working to save these majestic endangered animals.Saving the rhinos during Covid-19

Both the white and black varieties of rhinoceros, and their respective subspecies, are something of a poster child for the evils of wildlife trafficking. Many are aware that medicinal marketplaces, predominantly in Asian countries, covet rhino horn for its perceived potency as anything from a simple aphrodisiac to the cure for cancer, despite a majority of medical and health experts as well as traditional practitioners claiming there is no scientific basis for these conclusions.

The economy of poaching

But for poachers, the efficacy of rhino horn as medicine is of no consequence: they’re in it for the money. “A kilo of rhino horn fetches something like 60-65 thousand US dollars,” explains James Mwenda, a world-famous rhino keeper and ranger at Ol Pejeta Conservancy in Kenya. “And that filters down to a community that’s living on less than $1 a day. The temptation to come and poach the rhinos becomes very high.” With employment opportunities harder to find as a result of the pandemic, the draw to illegally hunt rhinos for their horns becomes even stronger.

But rhinos have been desirable to poachers for decades. Since 1910, the black rhino population has fallen from 150,000 individuals to a mere 4000, with nearly half of that number killed between 1980 and 2000 alone. White rhinos, on the other hand, were the first to get the conservation treatment, which enabled them to grow from a mere 100 individuals in 1895 to 18,000 rhinos now, but that number is again on the decline due to poaching.

How the pandemic has led to a rise in poaching

The pandemic has only compounded the factors that led to rhinos having such prominent targets on their backs. In early April, when the COVID-19 pandemic was just getting started, both South Africa and Botswana reported rhinoceros spikes in poaching incidents in what had been popular tourist hot spots only months before. “The poachers are having a much easier time of it,” says Map Ives, a wildlife guide living in the Okavango Delta for more than 40 years who founded and formerly directed Rhino Conservation Botswana.

As South Africa imposed tough lockdowns and travel restrictions to combat the virus’ spread, the country reported noticeable declines in rhinos lost to poaching. But once restrictions on domestic movement eased, with international travel remaining stalled, poachers were emboldened to continue their work without the typical oversight of tourists. “Every single day in the month of August in Botswana there would be 50-100 aircraft flying overhead, and they will pick up unusual movements, campfires, tents, people walking around in the Delta,” Ives explains. That’s on top of the numerous daily game drives and boats and walks going out on safari from each of the 100-plus camps in the region.

The well of donations and tourist dollars, once essential to rhino conservation programs in the area, has dried up, too. The government of Botswana has stepped in to help by deploying more armed soldiers to fight poachers, but Ives believes 10,000 of their best soldiers would be needed to offset the support typically provided by tourists. “The sooner we can get tourism back here, the more eyes and ears will be on the ground.”

The absence of tourism is being felt in South Africa as well, where 90% of white rhinos currently exist. “When your income and revenue stream is completely cut off because of COVID, it becomes a challenge to maintain those guys’ jobs,” says Dr. Andre Uys, Group General Manager of Marataba, home to the second-biggest population of rhinos in a national park outside of Kruger National Park. “We need the funds to be able to support our very, very dedicated team who are 24/7 in the field looking after animals.”

In anticipation of increased poaching due to interrupted tourism, the government of Rwanda continued their established commitment to wildlife conservation by allocating funds to keep park rangers employed and working. “We did not stop our duties,” says Park Ranger Leonidas Mpumuje, who heads the rhino monitoring program in Rwanda’s Akagera National Park. “The park did not stop paying our salaries, so we could increase our efforts on the border and with informants outside the park.” Even so, they too are feeling the strain of insufficient funds to pay for workers, equipment, and other rhino monitoring essentials. Mpumuje says the return of tourists will support his rhino conservation efforts. “We do not need another animal to go extinct,” he says.

Rhino conservation is facing a multi-faceted blow from the pandemic, but it also provides us an opportunity to reconsider our approach to wildlife conservation in general. “The northern white rhinos, of which there are only two left, are just the red light warning of what is happening to the planet,” Mwenda says.

He adds that anyone and everyone has the power to do something about it, whether it’s becoming a monthly donor of the Ol Pejeta emergency appeal, planting more flowers for bees, or cutting down on individual plastic use. Even booking a safari trip now in anticipation of travel resuming can help these organizations stay on their feet and continue their work of keeping rhinos alive.

This month, Marataba is launching its inaugural Rhino Week, in which guests guests will take part in marking the animals for identification, monitoring and DNA collection.

“Every single one of us has a responsibility towards it,” Uys says. “We can’t let these animals go extinct on our watch.” As the world begins to move forward from the havoc caused by COVID-19, we can all find where we can contribute to making sure the ancient, fascinating rhinoceros is still around once we’re on the other side of it.