University of the Highlands and Islands Blog

Dr Euan Bowditch, a researcher at the Scottish School of Forestry at Inverness College UHI, considers the plight of the elm and highlights efforts to conserve, manage and restore populations of this iconic tree.

The elm. A tree synonymous with the Dutch elm disease and spoken about as if it has already faded into memory. Poor Dutch, forever tethered to one of the worse tree disease outbreaks in modern history and to this day remains a cautionary and sad tale for all that work with or appreciate trees. 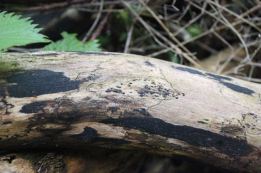 As it happens, the Dutch are not the cause of elm disease – or even the origin – but were the first to identify the causal agent of Dutch elm disease in the 1920s, as several phytopathologists (those who study plant disease) pinpointed the fungus Graphium ulmi (Ophiostoma ulmi). A few miles further east of…