Huge tree roots clinging onto this ancient Ta Phrom Temple ruin in Cambodia is an iconic image.  They are not ficus, but silk-cotton, aka kapok, (Ceiba pentadra)  tree roots. 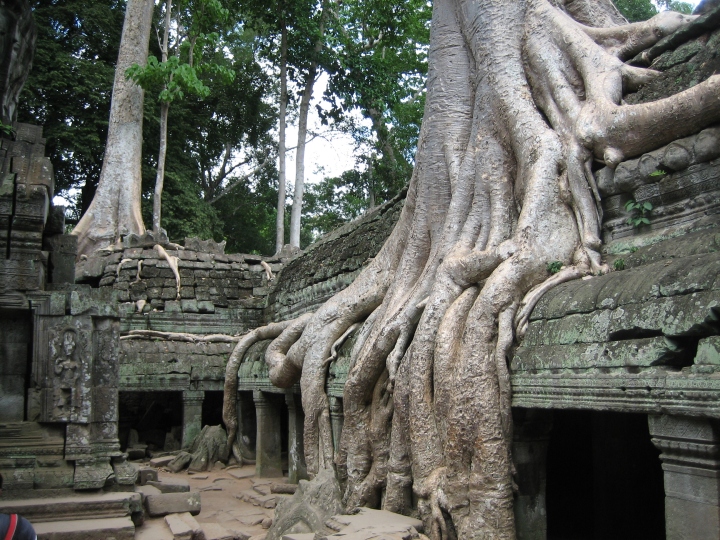 “Tomb Raider” was filmed at the Ta Phrom Temple. Waiting for Angelina Jolie to come out.

Ficus grows rapidly in the tropic, it does not take very long for it to completely engulf an abandoned building.  Let me take you to the Anping Tree House in Tainan, Taiwan.  It was a warehouse built in 1867 by the Tait Company, a British trading company.  The Japanese later took over the building and used it for salt trading.  After the Second World War ended in 1945, the Taiwanese continued to use it for some…