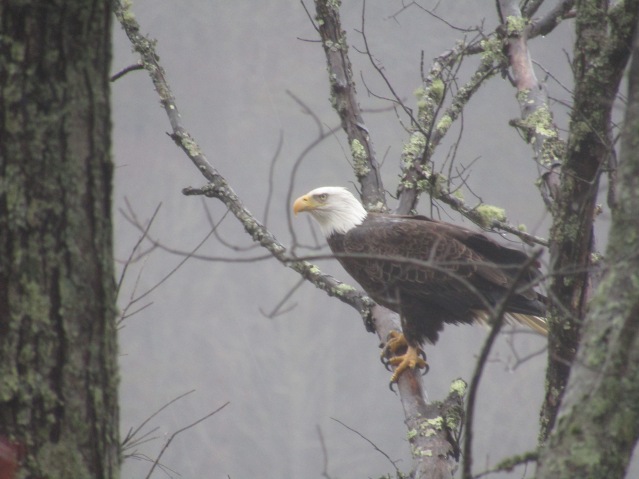 Photo by Bryan Stevens • This adult bald eagle was one of several counted on this year’s Christmas Bird Count.

The 77th consecutive Elizabethton Christmas Bird Count was held by members and friends of the Elizabethton Bird Club on Saturday, Dec. 14. Participants in the long-running CBC tallied a total of 63 species of birds, which was down considerably from the recent average of 73 species. The all-time high for this count consisted of 85 species and was established two years ago with the 2018 Elizabethton CBC.

The temperature lingered in the 40s all day with light rain. The low species total, as well as low individual numbers, was likely due to the lousy weather, according to long-time count compiler Rick Knight.