Look what I just picked up! It was on the bumper and I reached down and grabbed it and now I’m holding it…….sorry, the jokes don’t get much better today….

Anyway, it’s a ficus microcarpa (some call it a Cuban laurel fig, which is odd because it’s a Chinese species. Some call it, erroneously, a ficus retusa, which is another ficus altogether that I’ve never seen used in bonsai culture). It was originally sold as a “ginseng ficus”, which is just a marketing name, not a true variety or cultivar. It’s really just a seed grown ficus microcarpa.

The guy I got it from just let it grow. Oh boy did it grow. It almost looks like it grew a fur coat for winter. 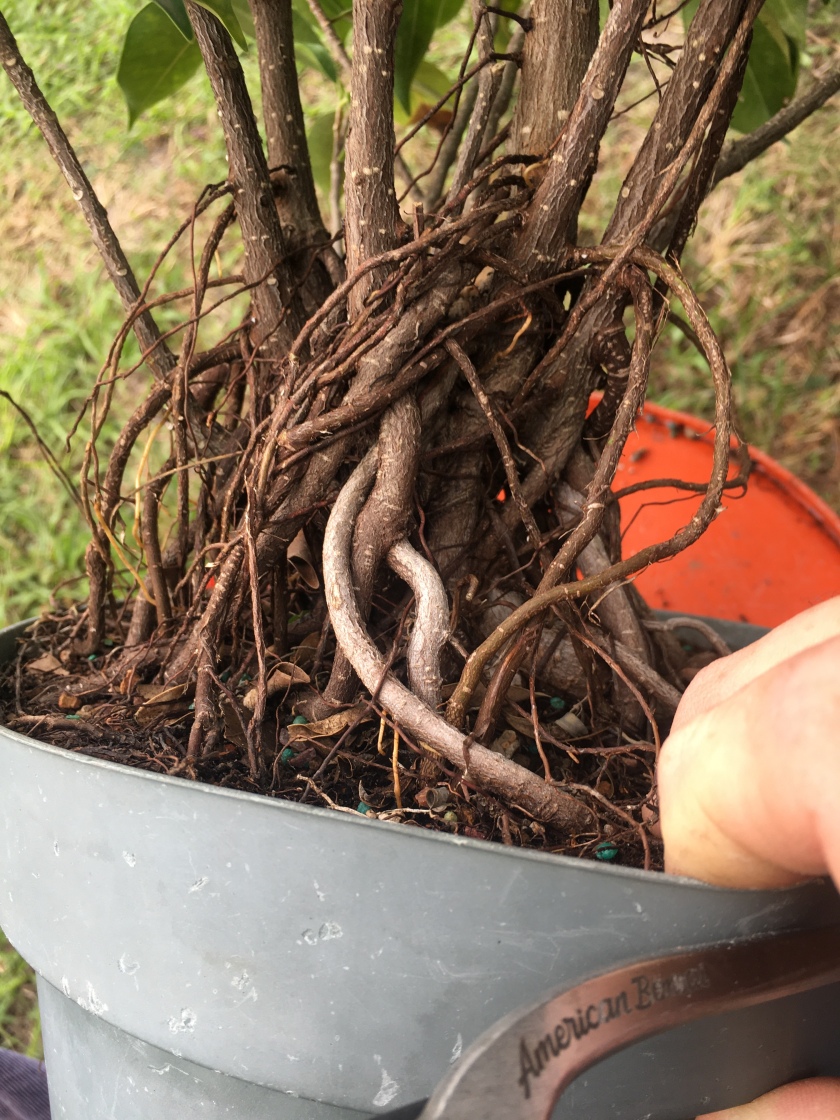 You can just see, right in front of my fingers, what’s left of those bulbous, tuber-like roots that describe a F. microcarpa as a ginseng.