There are about ten species of Caracara, spread across five genera. Here’s another.

The Chimango Caracara is found in the southern half of South America, from southern Brazil to the tip of Argentina.

It’s a smaller, somewhat drabber member of the subfamily, and, at least in Tierra del Fuego, fills the ecological niche of ravens and vultures: it’s mostly a scavenger and opportunistic predator, and a generalist, eating everything from bugs to dead cattle. The apparent apron in this photo is a consequence of the strong wind blowing from behind the bird. The wind is usually blowing strongly in Tierra del Fuego.

It’s also polytypic, with significantly different color phases across its range. The far southern populations, like this bird, tend to be much darker. 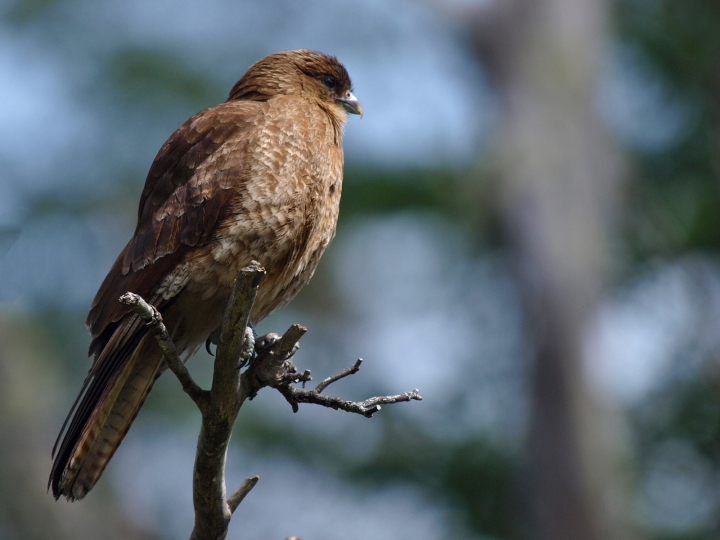