Although bluebirds will nest in natural cavities in trees, they respond readily to the availability of nesting boxes provided by human landlords. Many people are devoted to the cause of seeing that bluebirds — a favorite of many — continue to thrive in the face of certain challenges. 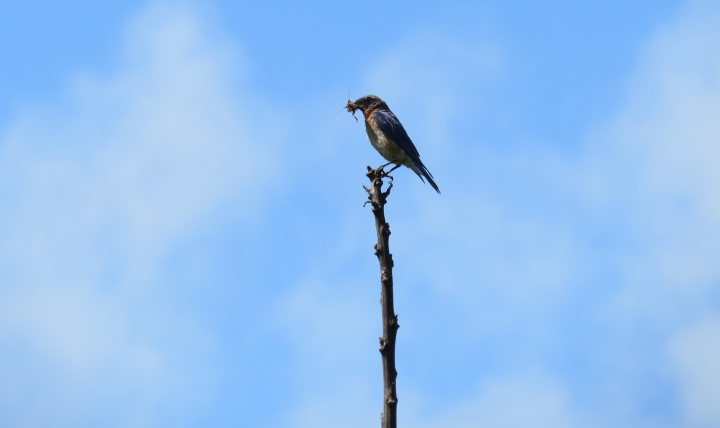 Photo by Adrianna Nelson • Bluebirds are skillful at foraging for insects.

Eighteen-year-old Adrianna Nelson is one such person. A senior at John S. Battle High School, Adrianna said she recently became involved with the Tennessee Bluebird Society as a way to become active with a conservation-related activity involving birds.