Article and photos from hienalouca.com

A Utah man got quite the pleasant surprise Sunday when he found an owl stuck behind the grill of his car.

He was able to breathe a sigh of relief after realizing he hadn’t killed the bird while driving in Lehi the night before.

Instead the nocturnal creature slipped in between a space on the front of his vehicle and he was astonished to find it was doing just fine the following day when he returned to the red Ford. 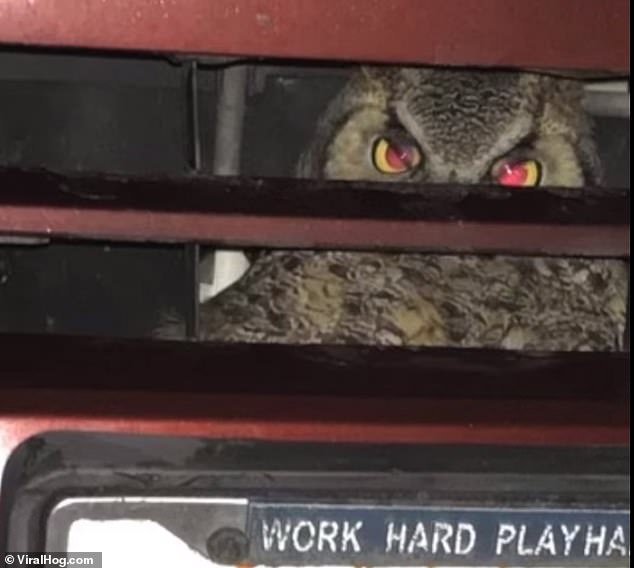 ‘I was driving home from my girlfriend’s house when a large bird flew up from in front of me causing me to incidentally hit it with my vehicle,’ the driver told ViralHog.