Azaleas get very twiggy, and become brittle after a few years. As they age and become brittle, the cambium constricts at the twiggy new growth, and eventually causes the tree to weaken. Peter Warren talks about keeping trees “young” by hard-pruning them every few years.

I had let my kurume azalea grow for the last 10 years or so with very little hard-pruning and it started to decline. Look at this progression. 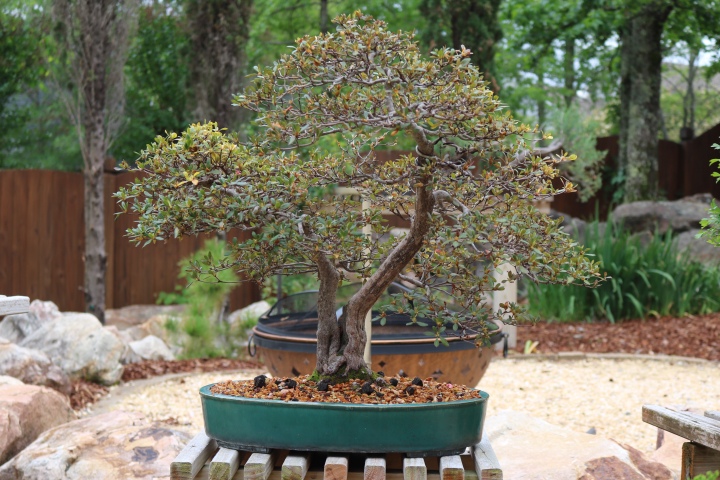 October 2017, after a full growing season, unpruned from the photo above. Look at the anemic growth: 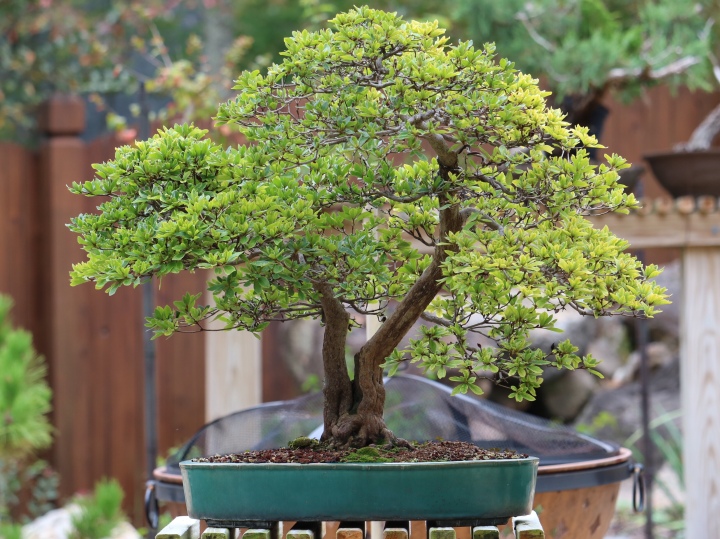 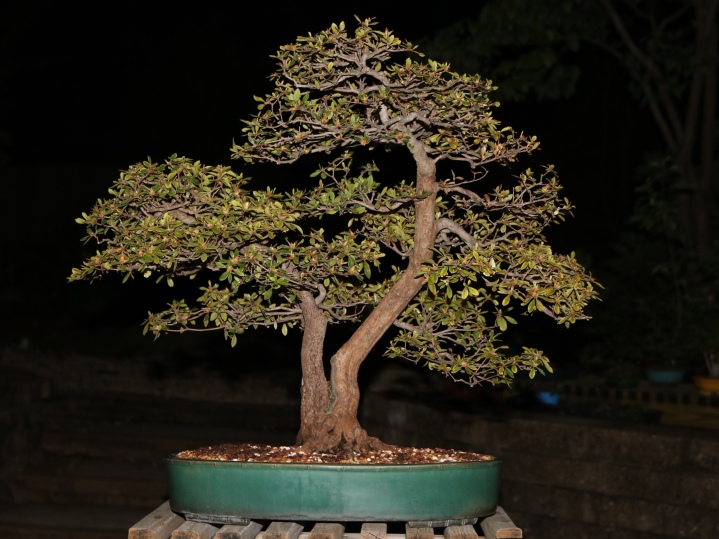 It might be difficult to see how hard I pruned it back because the profile is still roughly the same. However, I removed about 1/3 of the ramification, back to secondary branches and leaving a few tertiary branches. The best way to compare is by looking at how much thicker…