Almost shohin because it’s just about 9″ tall. This is a cutting-grown cultivar of Corkbark JBP called Hachi-Gen. It is 20 years old, container-grown it’s whole life. I’ve had it for over 10 years now, and here is how looked after I wired it last in late 2014: 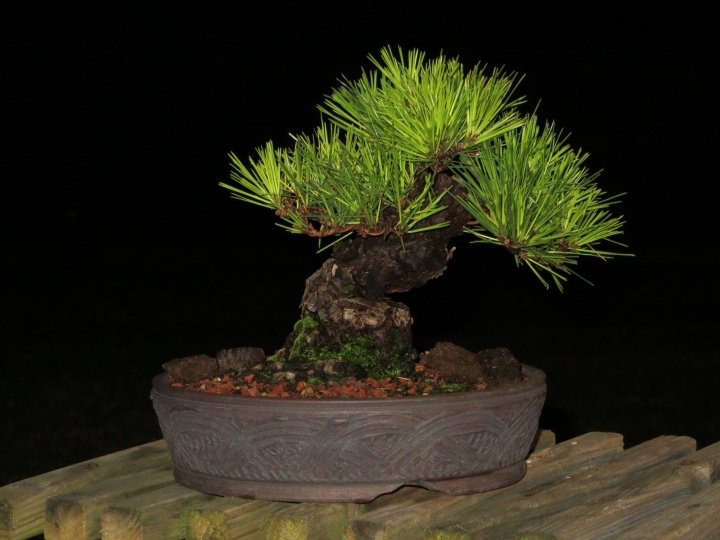 It’s usually not good to leave wires on for 4 years, but this tree grows slowly, and isn’t in a lot of soil. I would have been wise to remove it last year, but just didn’t quite get to it…until today, October 2018…more than 4 years later:

And yes, it has been too long, as the wires were heavily embedded, and it took a couple hours to get them removed:

Fortunately, not much collateral damage. Here is a shot of the tree unwired:

Next up is pulling needles, and light pruning. Areas with 3-4 shoots were reduced to a pair of shoots: