After a short, several month break, I’m diving headfirst back into the hobby. There are two trees that I kept, but sold every other one. Those two trees are a Ficus I grew from seed, and a Ficus obliqua that I received from Jerry Meislik.

Both trees were placed next to the dining room window. The obliqua dropped all of its leaves and went dormant, and the seed grown Ficus began to sulk and drop in quality. The leaves began to weep, which I learned is a sign that the tree got too hot, too cold, or the roots are rotting: 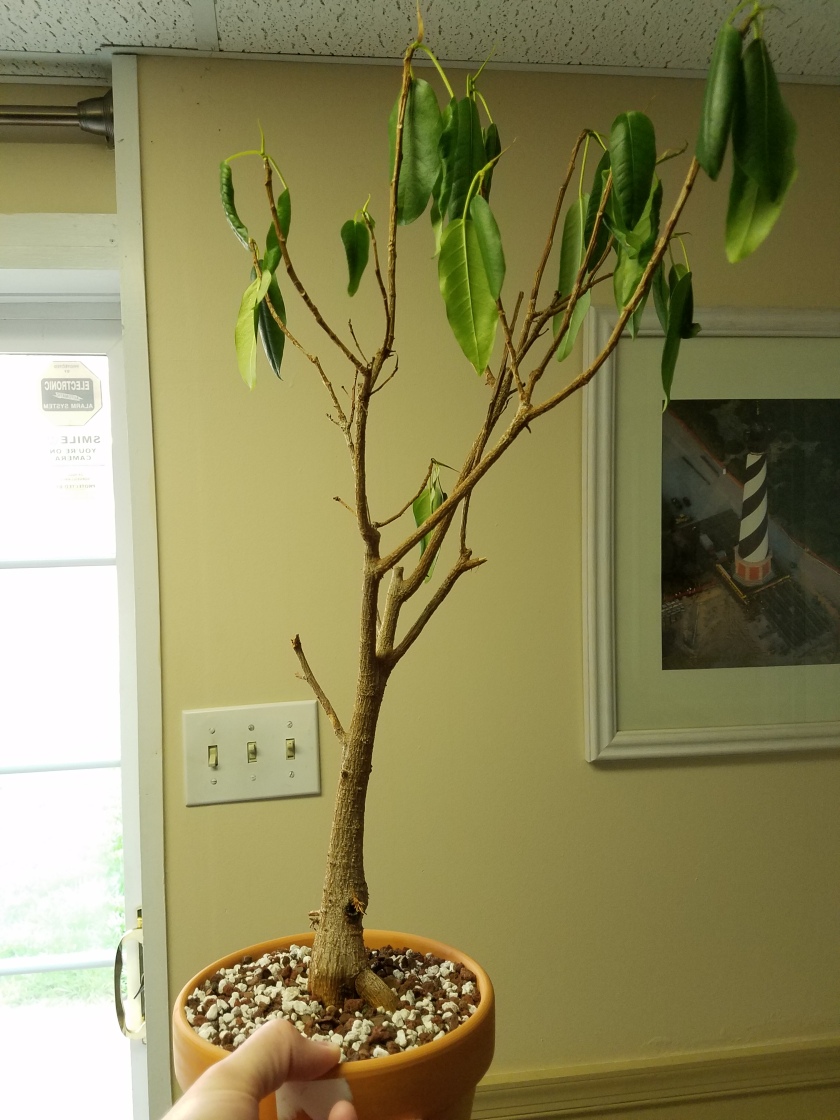 See the sad looking, drooping leaves? I took this picture today, and the tree was repotted a couple of days ago. It used to be in a poor, packed soil that was staying far too wet. It’s now in a mixture of pumice, lava rock, and pine bark.