(This week’s Bird of the Week is late; WC was off the internet for a while.) Another species from southern Argentina, Chile and the Falkland Islands, the Dolphin Gull is a smaller member of the Larids, the gull family.

With its bright orange-red bill and legs, and yellow eye, it is possibly the easiest gull there is to identify in the field.

It’s a scavenger and opportunistic predator. This bird is cruising a mixed colony of Rockhopper Penguins, Black-browed Albatross and King Shags, looking for an unguarded egg of chick. But its smaller size make it a target for bigger scavengers and predators, including Kelp Gulls and Southern Giant Petrels. WC saw Kelp Gulls harass Dolphin Gulls into abandoning food. 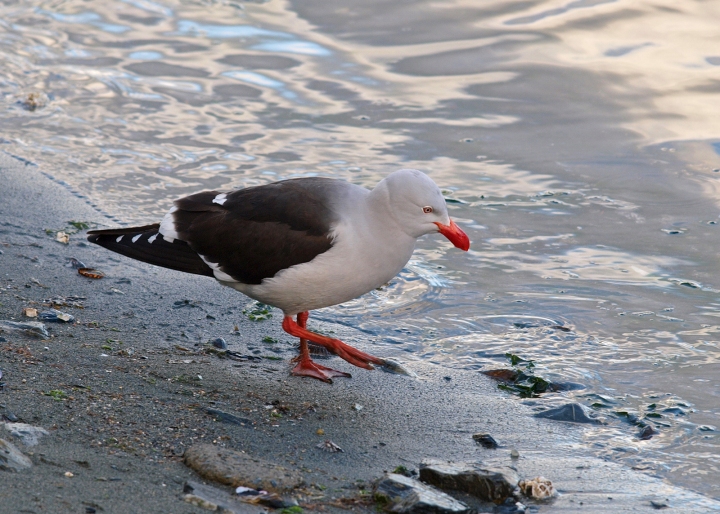