Occasionally I witness a beautiful example of why we do what we do in bonsai. I’d like to share just such an example, highlighted by the plant itself.

Four weeks ago, I cut back this unremarkable boxwood. Perhaps more important than what I did four weeks ago what what I DIDN’T do in the weeks before that. I DIDN’T prune until the new growth had extended and hardened off.

As you may be able to see in the image above, the new growth had extended to several pairs of leaves. Allowing that growth to do its thing and strengthen the plant before cutting, produced the result we are looking for – new branching! 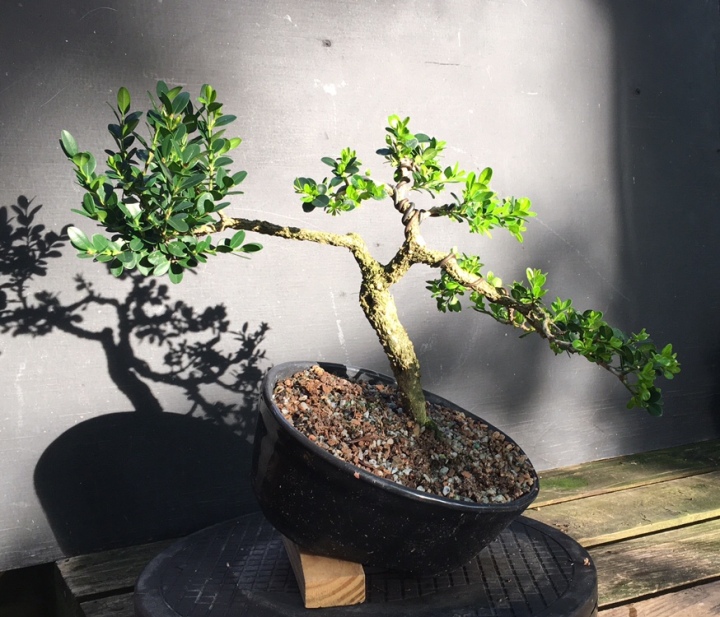 This is how the plant looks today. The branch on the left will be removed at a later date, so the growth was not pruned. What we need to note is that this branch has not pushed…