This is a sargentii from Evergreen Gardenworks. It’s an older tree, by Brent’s description, but new to me in late 2016. It came in a 1-gallon can: 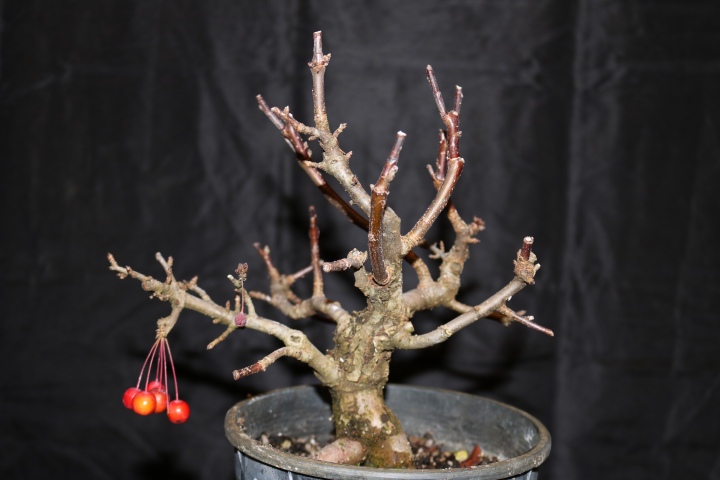 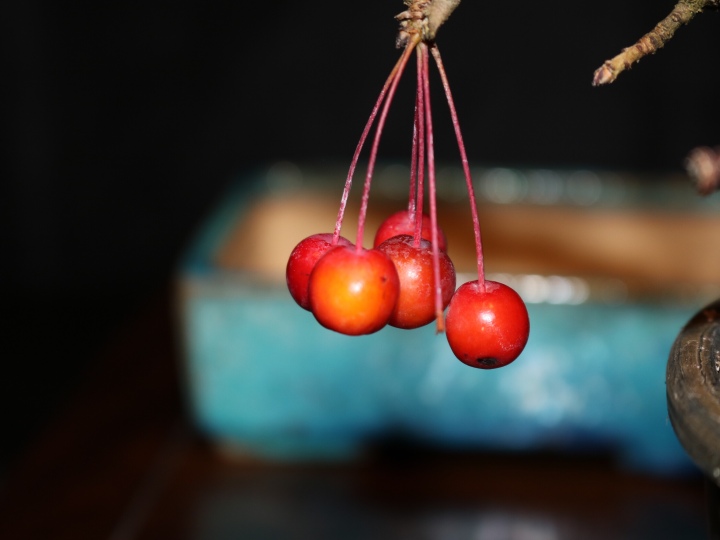 It took significant root reduction to get the tree into a Bonsai pot; this one a gift from Roy Minarai: 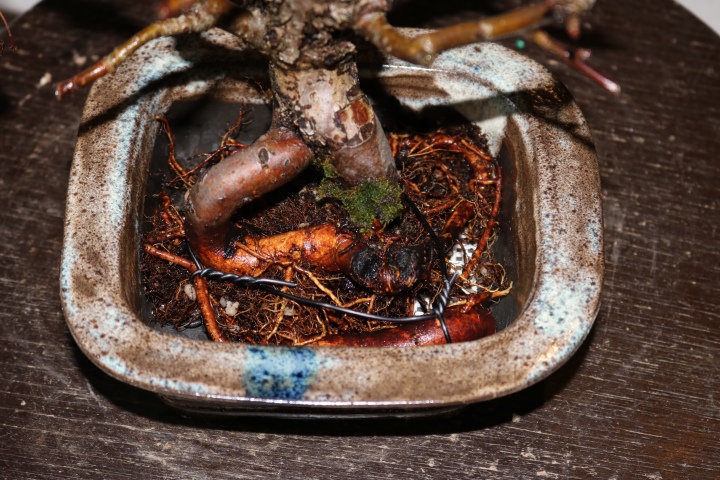 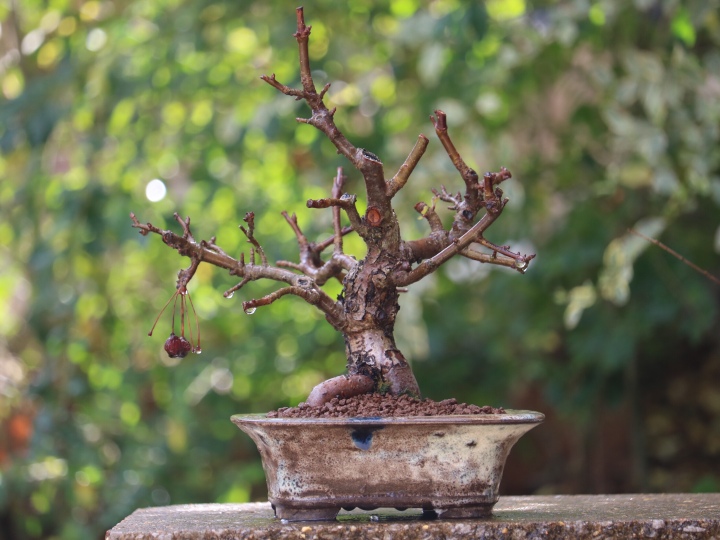 Unfortunately, I let it go a few hours too long between watering and it dried out in June 2017: 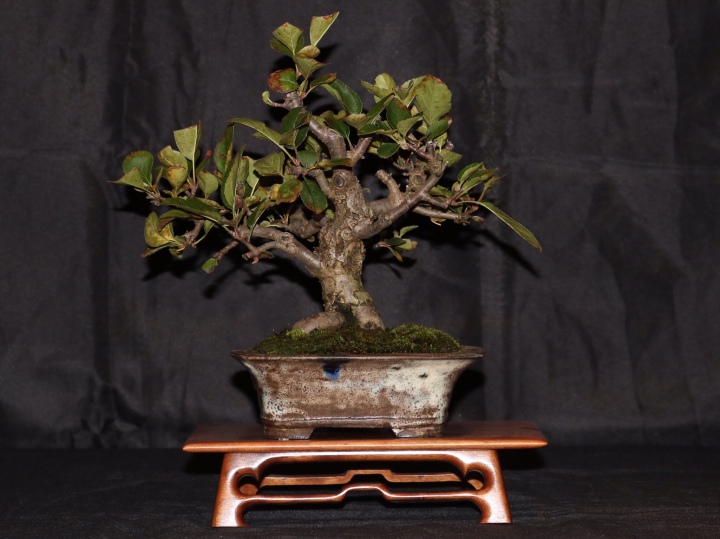 It was pruned back in the early spring 2018, before and after: 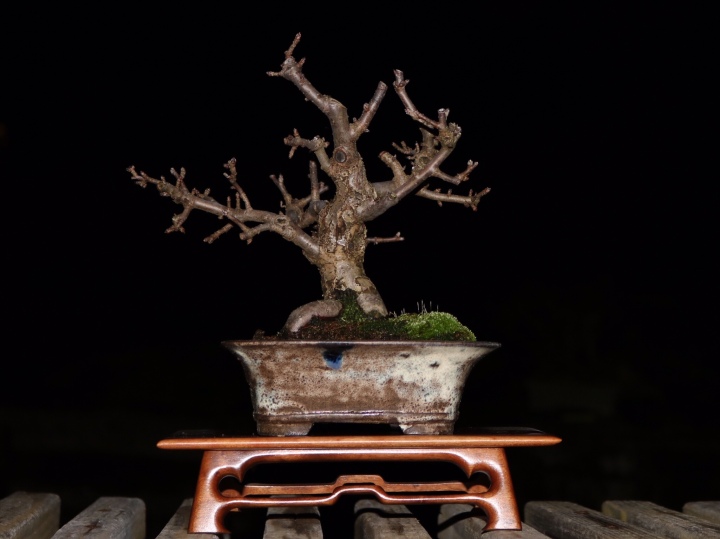 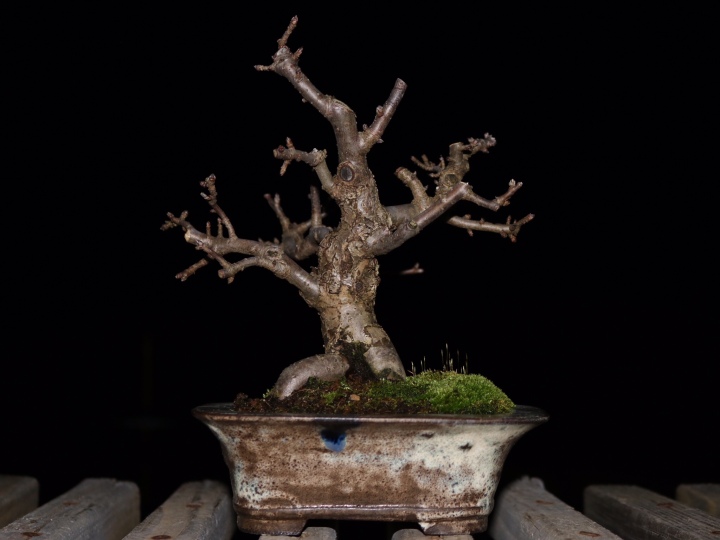 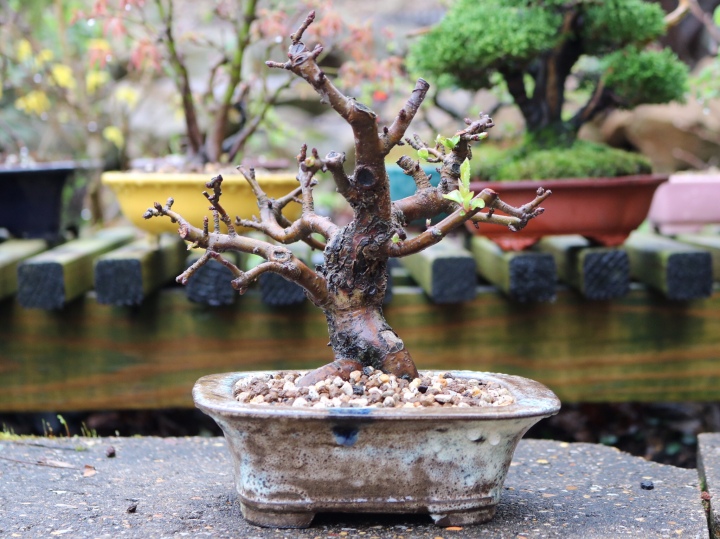 It bloomed for the first time in my care in April 2018: 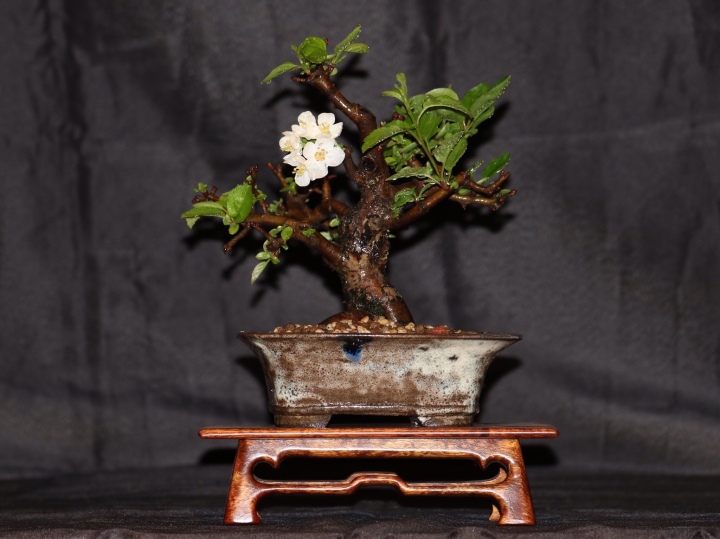 And it grew fairly erratically, but very strongly, and even bloomed again in June 2018. I decided it was strong enough to prune some of the coarse branches back which should help define the nice taper and movement of the trunk. 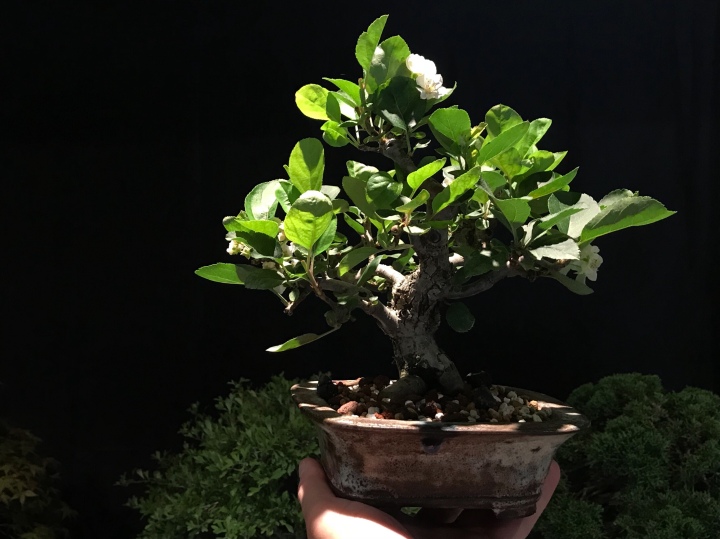 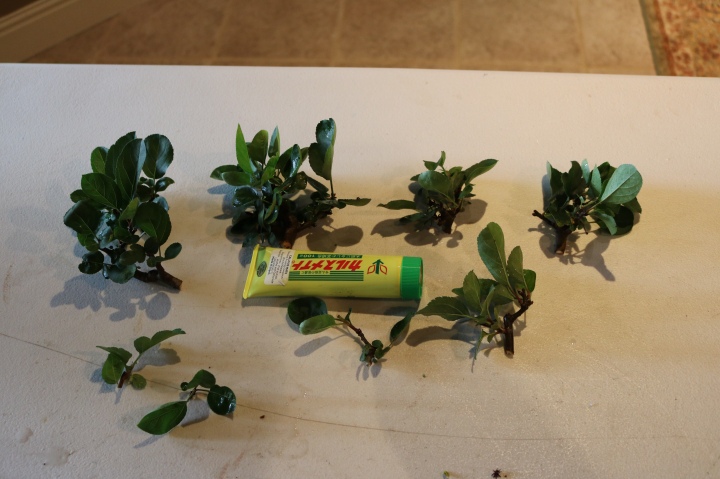 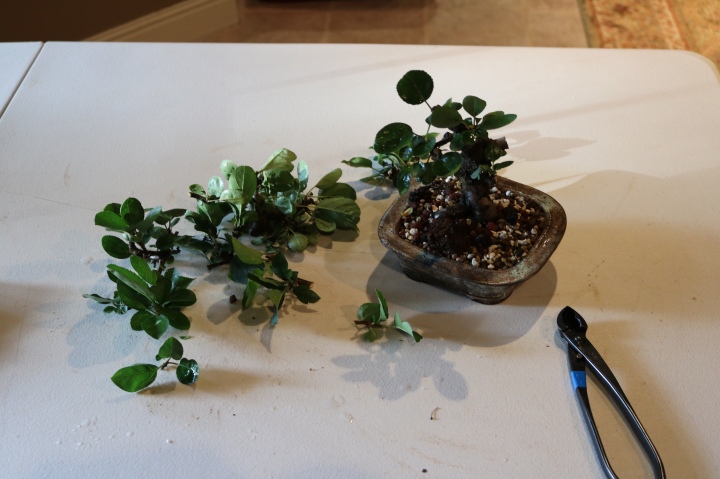 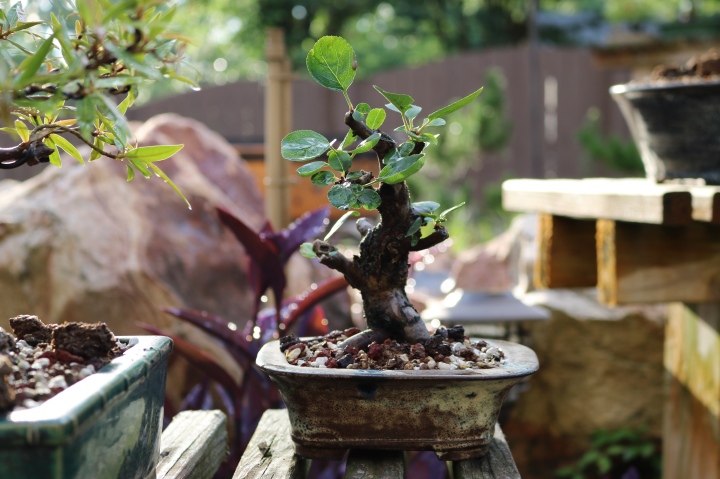 As the new shoots extended, the best-located ones were coaxed into position…