Over winter Svalbard is pretty much a bird free zone. The only land bird you are likely to encounter is the Ptarmigan and the sea birds leave their nesting colonies and head out to sea. Come the spring the birds return, each to their preferred habitat.

The birds that dominate the inshore waters are the Auks.

The most numerous representative of the group is the Little Auk of which there are more than a million pairs. 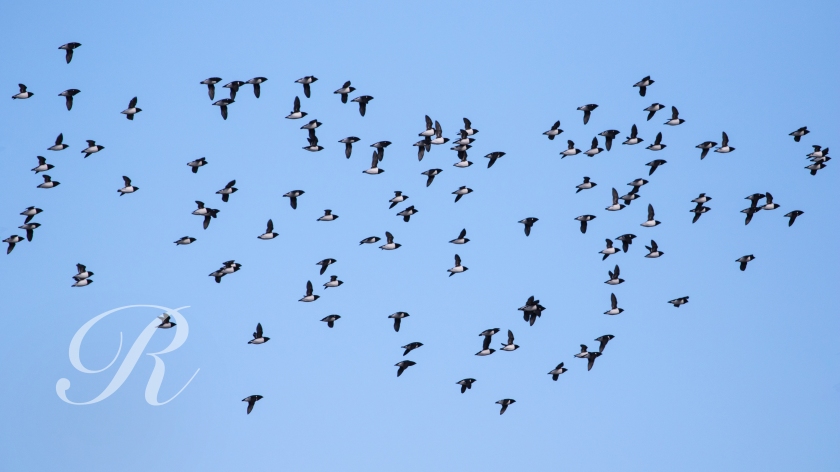 These guys nest in scree on fairly step slopes not necessarily at the edge of the sea. The other common Auks are Brünnich’s Guillemot and the Black Guillemot. These both favour cliff ledges for their nesting sites. Auks propel themselves under water with their wings. Water is 784 times more dense than air. To be efficient in water wings need to be stiffer and smaller. Auks do…