Well, my bench looks like a mess. What is happening here? We got trees, pots, and it looks like the beer is hiding behind the trees…..GET OUT THE BUSHES AND IN MA’ BELLY! 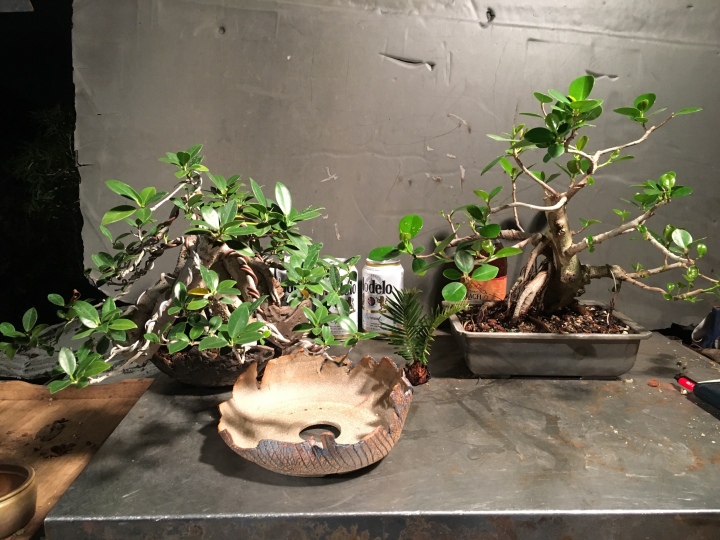 I do believe I have a few tasks before the cerveza gets recycled into its constituent parts, though.

I have this new pot, which was purchased at the last Winter Silhouette show, from a new Bonsai potter named Ben.

Isn’t that awesome? I just love it.

His business just happens to be called…… 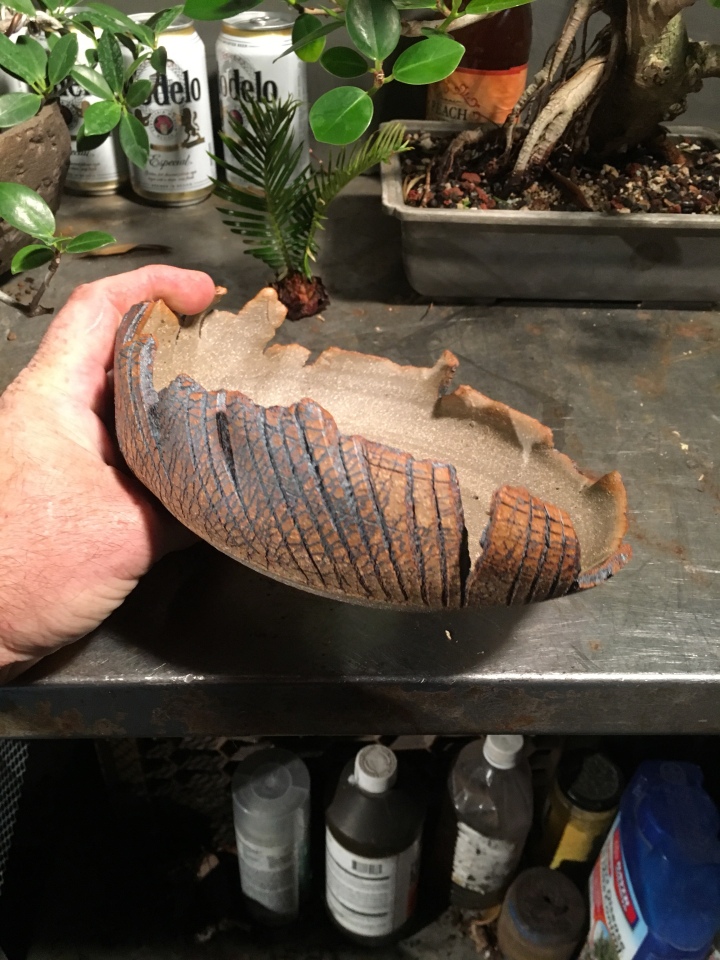 I found him, and this pot, just in time, you see….

….we have, The Turkey, as I call it, a green mound ficus, and it has a broken pot.

The trees binomial name is a ficus microcarpa “crassifolia”, what is sometimes called “green island” (which is incorrect) but should be called…