There are many common questions and misconceptions about bonsai. For many, after they learn that bonsai is not a special species of tree (rather nearly any kind of tree or shrub trained in a certain way) the next question is, “How do they stay so small?”

Let me explain. No, there is too much. Let me sum up.

Even better, let me show you!

In the fall of 2015, I got two Japanese maples from a club raffle. They were the same variety, the same thickness, and the same height. I kept them both in pots for the 2016 growing season, and they stayed on par with one another. But in the spring 2017, I decided to plant one in the ground and keep the other in a pot. Just 14 months later, let me show you the difference.

This is the one in the pot.

Yes, it is quite…

Today is one of those days where nothing exciting happened. I trimmed two trees this morning before work. I really want to spend more time working on my trees but with the rest of the tasks and responsibilities I have around the house its very hard to do this. I have a twelve hour routine everyday that I have to follow to the T. If I miss one of the things on the list then it has to wait for the weekend or the next opening in my schedule.

I wake up every morning at 04:30, work till 17:00 and go to bed at 22:00. The only time I have to work on my trees are after gym just before I leave for work. That gives me about thirty minutes. Today I spent that thirty minutes watering a few plants and trimming these two trees: 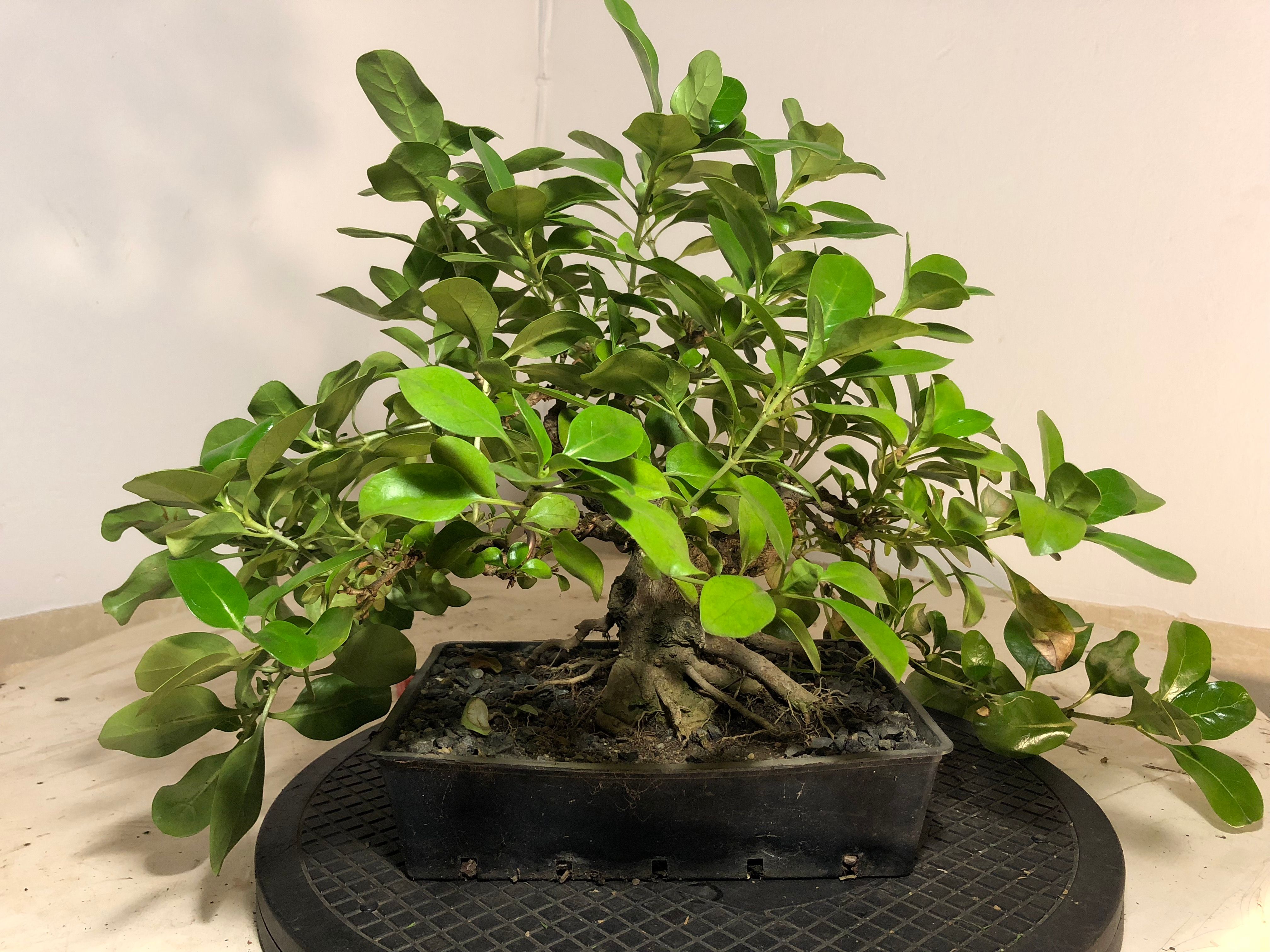 I always walk around my…

There are eight days left till our clubs annual bonsai auction. The emails started going back and forth from early this morning. I am just enjoying the constant pleading of the organizing comity to members to be part of the team serving the club and helping with tasks. I found that no matter how much the comity pleads and invites member to stand up and take the leap of faith. The same people who help the previous year will be the people helping this year. I am one of those committed members once I have decided to be part of a club or any organization I will sacrifice my own well being just to make sure that the I bring my part. It is for that reason that no one has to ask me to be part of the helpers on the day. I WILL BE THERE NO MATTER WHAT…

This weekend was a very busy one. I spent most of it carving my huge Australian Bush Cherry that I have planted in a old water fountain basin.

Is tree has been in my care for six years now. Every branch on this tree was grown in place. There where no branches on this tree when I first got it. It was one of two trees I bought for R850. I was a bargain and I could not let it slip through my fingers. This was one of the things at that time that made my stomach turn. I wanted the trees but I only had R1000 in my bank account and the end of the month was still far. I made an executive decision and was hoping that my wife was onboard with it. Luckily for me my wife is a very understanding person when it comes to me…