Sometimes the greatest payoffs come only with a lot of patience, and a little struggle. It is finally time to collect a Japanese holly, Ilex cranata, that I have been watching for nearly two years now.

When I first found this plant hidden in a bramble, it was too late in the year to collect it or start an air layer, but I decided quickly that both of these approaches were in the cards. I mean, look at it! It’s like two bonsai on each end of a stick!

In the early spring of 2017, after many months of waiting, I started an air layer to claim the upper section of the plant. You can read about that process in this post on Bonsai Iterate, and you can also read the follow up. (I’m happy to report the air layer is doing well this spring!)

Now, after another year…

I confess, at times I am skeptical of the oft repeated notion that “bonsai is an art best undertaken with others.” (Credit Gary Reese for its repetition.) I am usually content to work on my trees in the quiet of my garden, and find the hours spent there to be very therapeutic. Then again, my office mates know full well that I love little more than “talking it out.”

Despite fully expecting to be distracted by other club business (a downside to being an NVBS officer) I had the foresight to bring my tools and a tree in case I found a few quiet minutes during the Northern Virginia Bonsai Society’s monthly meeting on Saturday. I am very grateful to David Lieu who provided his opinions and suggestions as I re-wired this little root-over-rock ficus.

It was great to talk it out! I’m sure I would have managed ok if…

Morning hope you all had a wonderful weekend. I did not work on any tree this weekend just watered them and fertilized on Sunday with a half dose. It was all about the mothers in my life this weekend.

This week I will be doing some maintenance projects. Weeds are starting to pop up like crazy and moss are taking over the soil surface. I know we like the look of moss on the soil surface but I normally clean it all of as winter starts. Moss just takes out all the oxygen out of the container and allow the water to dam up in the container. It makes the soil mixture more dense causing water to build up as it finds its way through the soil. 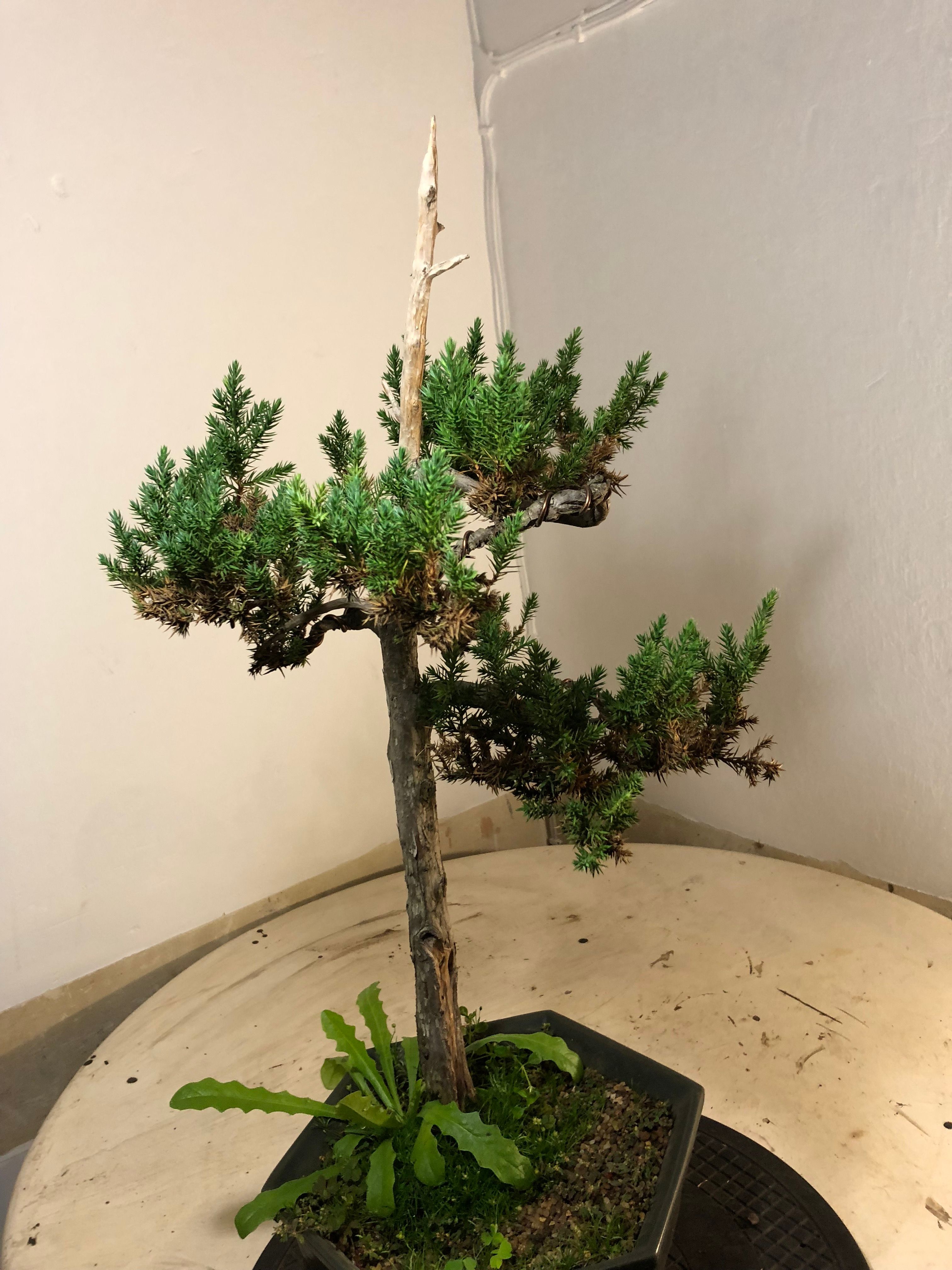 This was how the tree looked before I started to work on the tree. You can see that the tree is very healthy…

What lovely day have we had yesterday. Workshop with Pavel Slovak. You should be sorry that you missed it. Thank you Pavel and see you soon.

I know this weekend I have been out from the usual week fitness post but I have been doing something I was not doing from such a long time…. enjoy some time off with my wife and dusting off one of my oldest passion…. styling a Bonsai Tree.

Buying a Bonsai Tree already styled and in a good shape can be expensive and I believe many of you know what I am talking about but honestly where is the fun I do like to make things myself and so Friday I went to The Home Depot nursery section to see if I could find a tree to style in Bonsai.