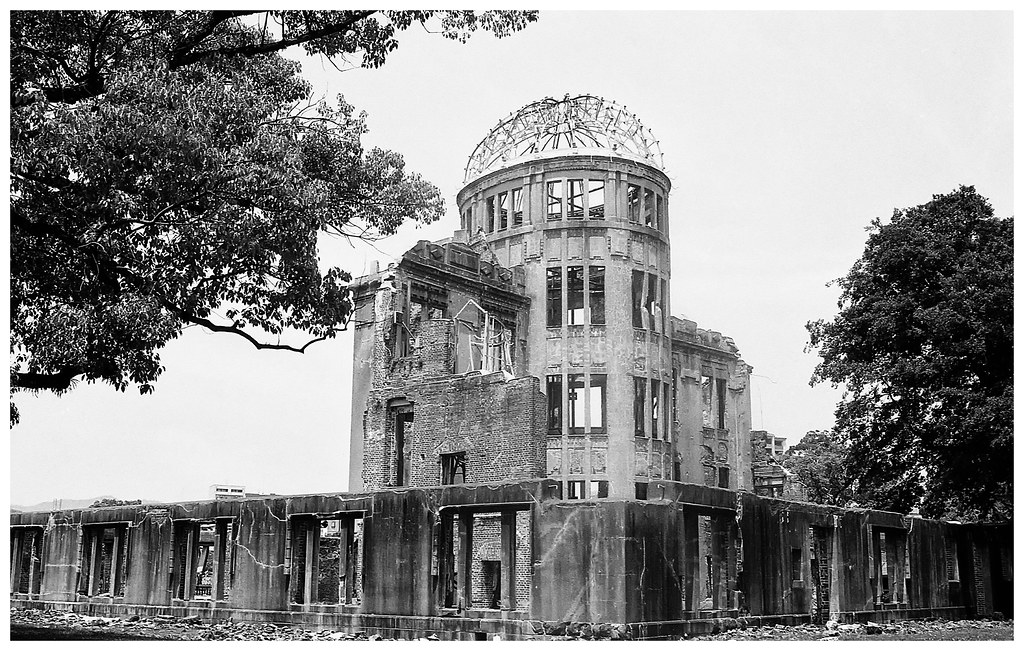 Most visits to Japan will include a trip to Hiroshima – to the Peace Park with the Atomic Dome and the various monuments, and to the museum.  Like many war and memorial sites, they’ve been photographed countless times but it’s still the best way of recording your own visit, your thoughts and having an aide-memoire as one gets older.
All pictures taken on Kentmere 100 in the Nikon F60. 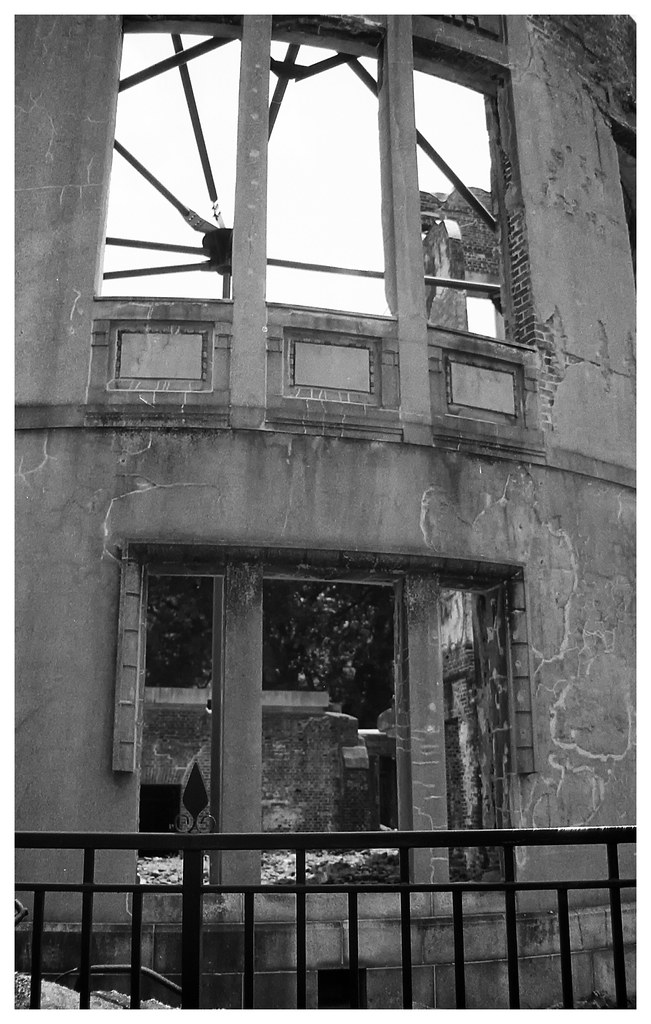 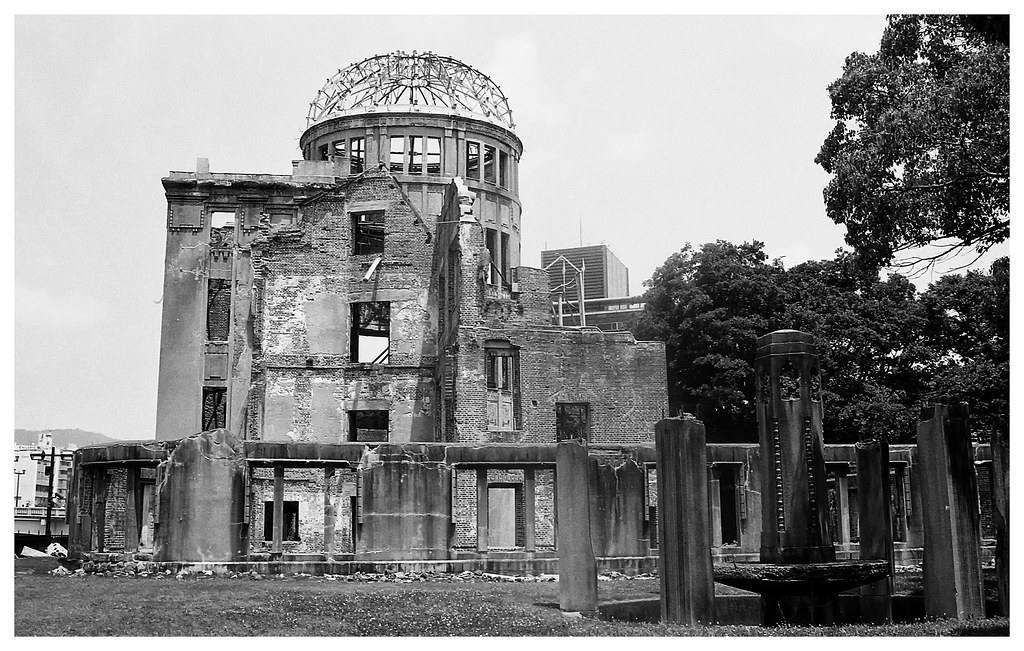 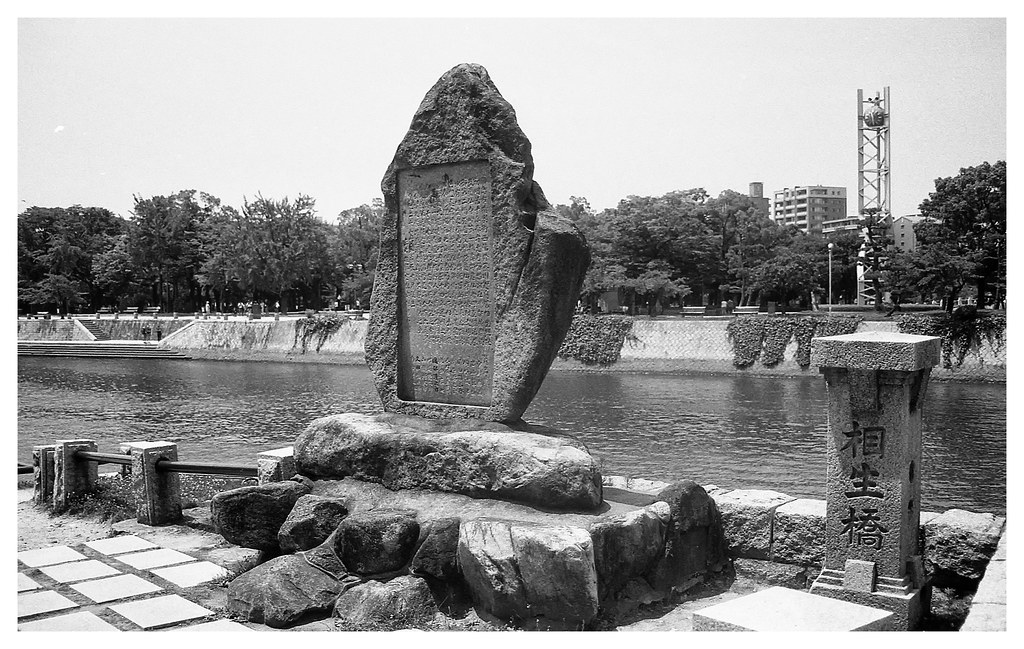 Memorial by the Motoyasu river

There are a number of peace activists and displays around the park.  This is an in-utero survivor from the bombing meeting with tourists. 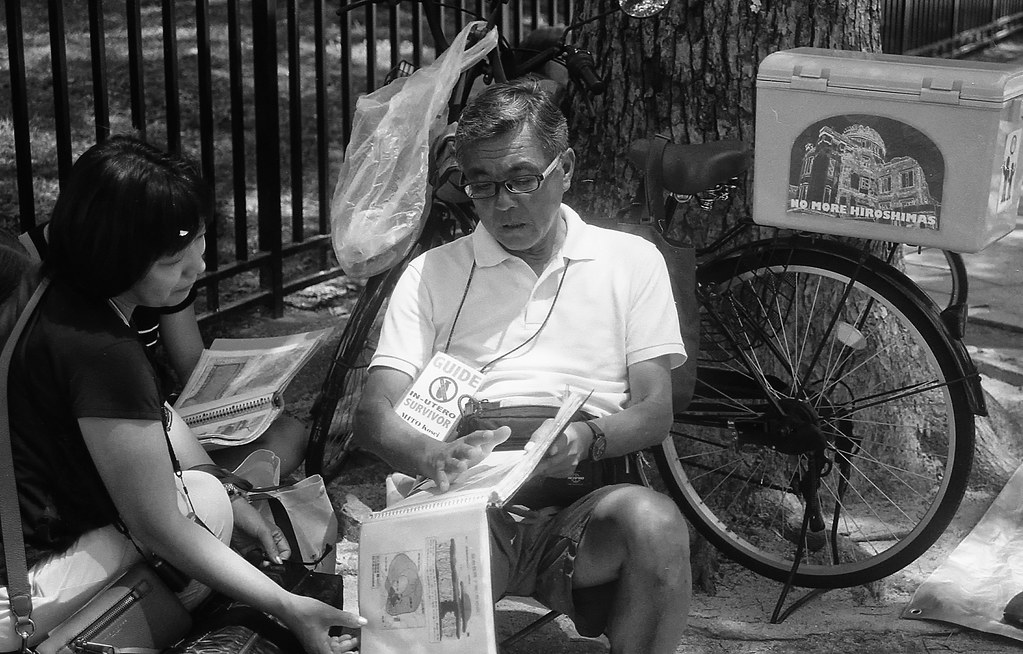 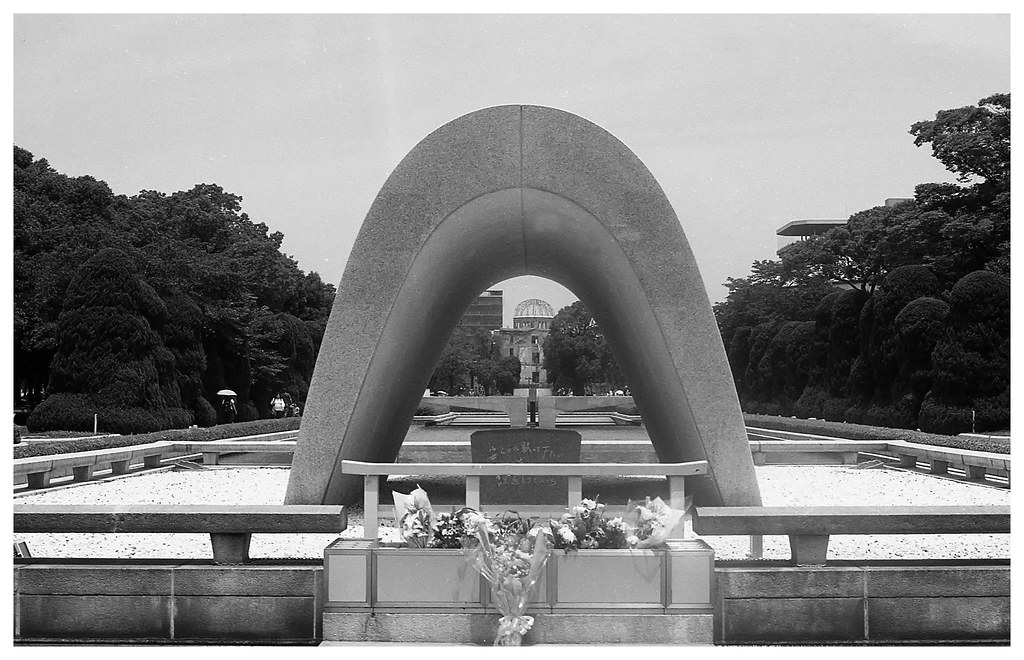 Eternal flame – possibly colour would have been a better choice 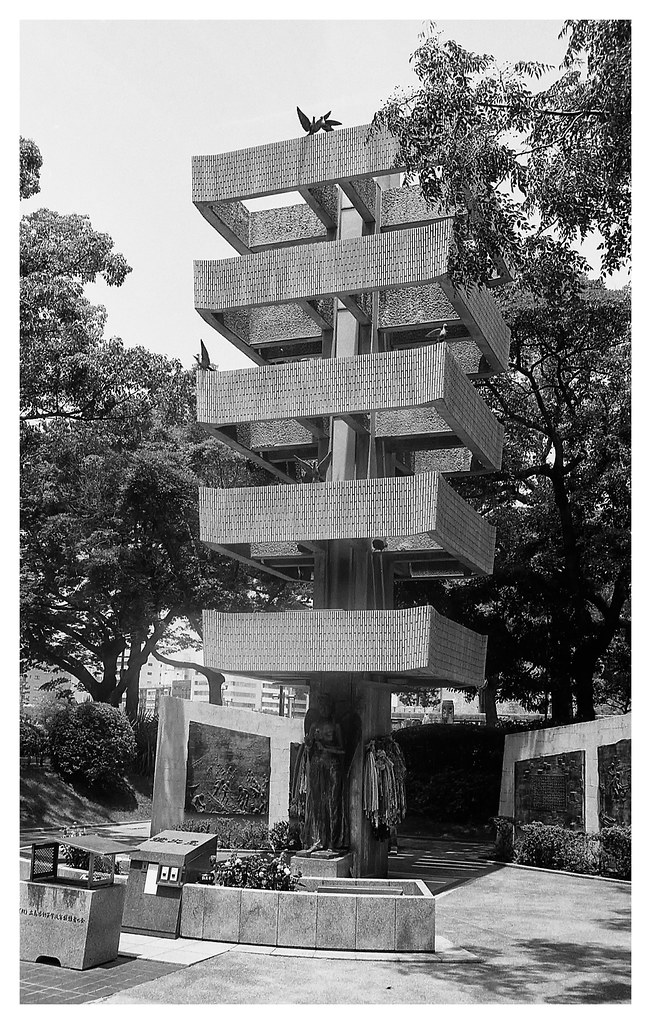 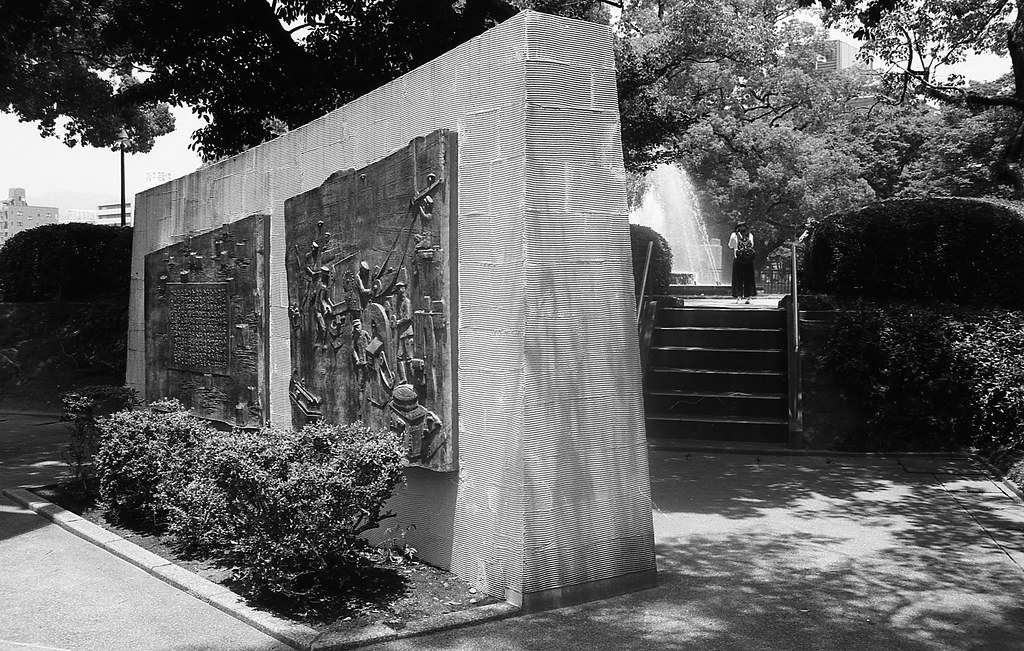 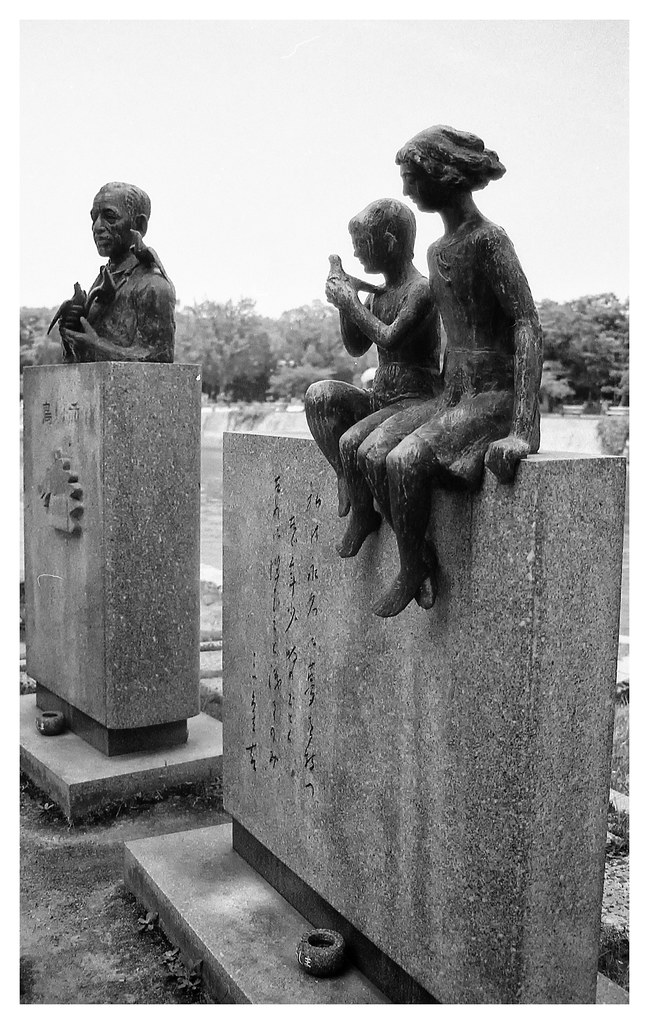 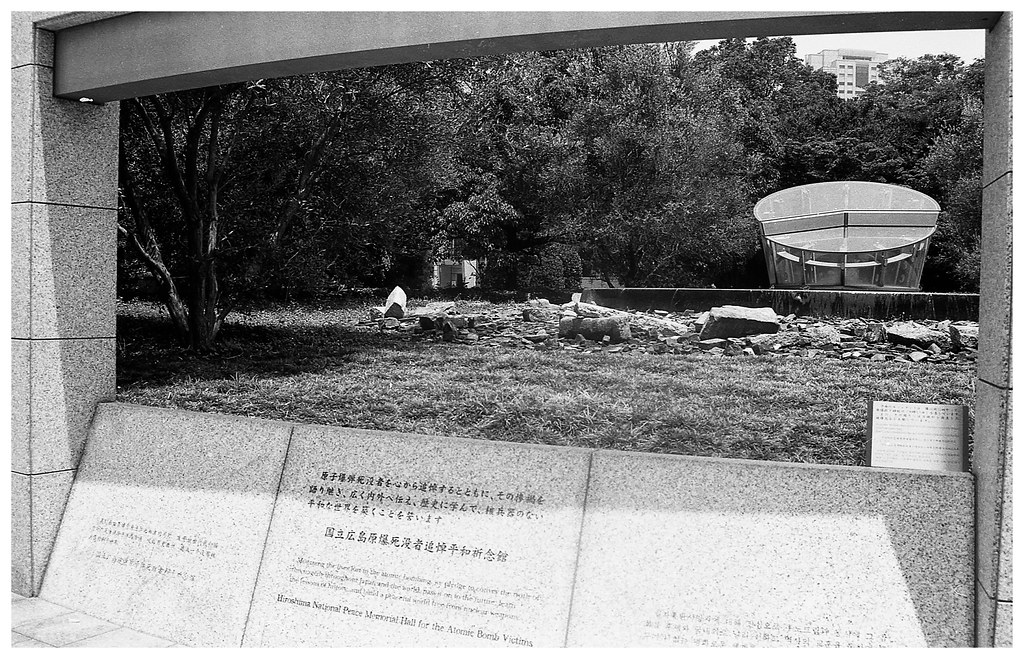 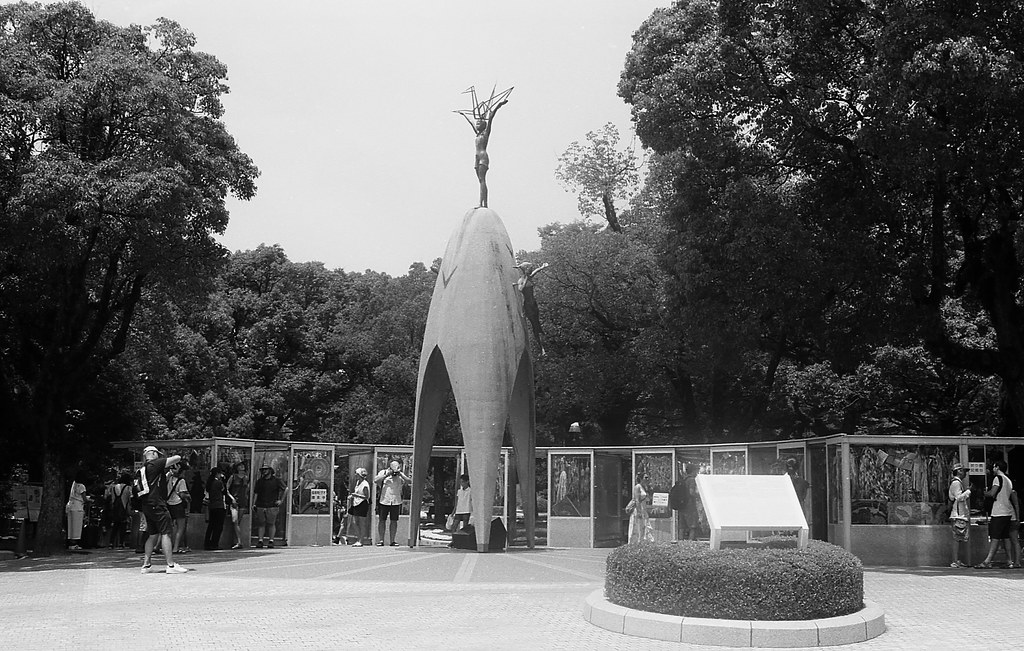 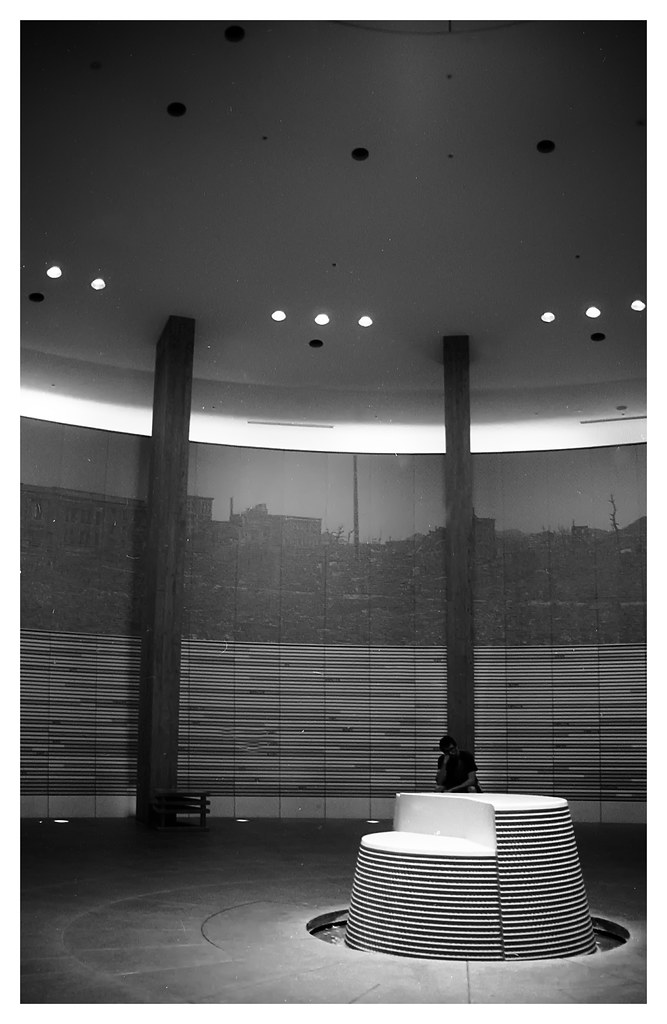 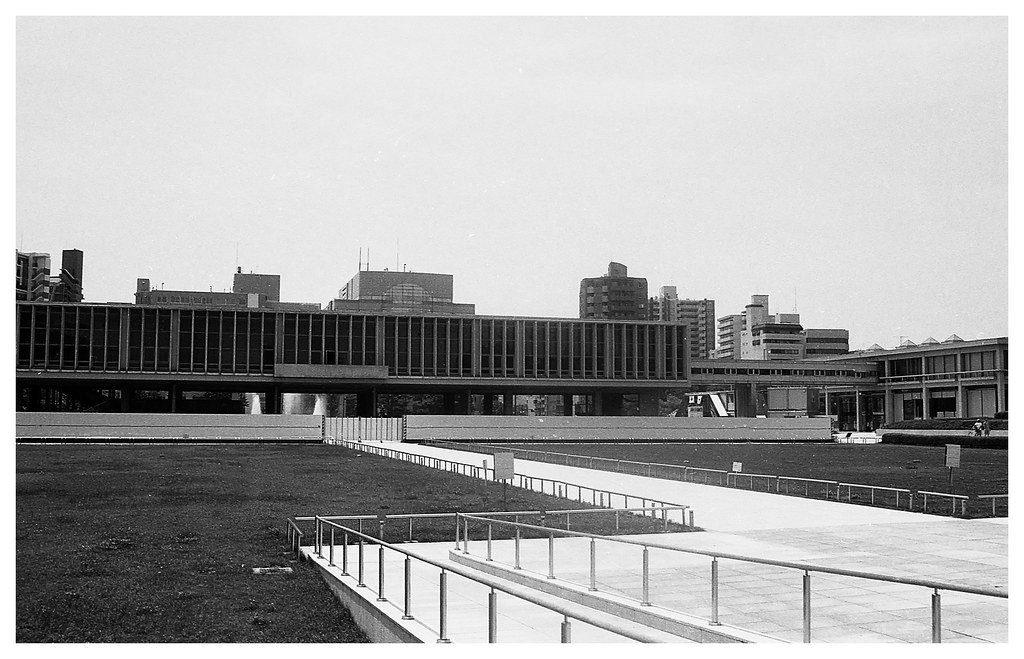 A few practicalities.
The best way of getting to Hiroshima is by the fast…