Here is late January I needed to re-pot a client black pine. The original pot was just too tight so I was off to Japantown to get a new one. The idea was to create more room for finer roots and provide some more space in the pot. Although I would normally use a rectangle I opted for this oval. In the re-potting I found old river sand from the original soil mix near the trunk. I was able to remove that and create drainage areas for near the trunk. 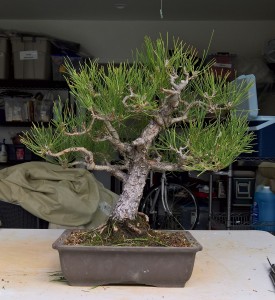 Client Tree: Black Pine. Weaker than it should be, it is scheduled to re-pot soon. 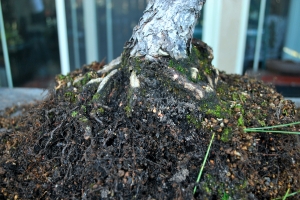 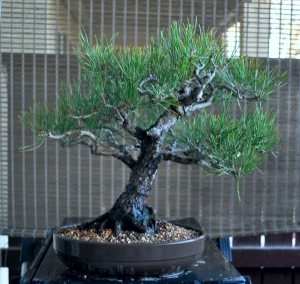 Also today, I took on the Daimyo Oak re-potting as the buds were beginning to set. It had been it its original show pot for many years and I wanted decrease depth and increase the horizontal root area. The new Jim…