From the moment that this Yamadori Yew (Taxus Baccata) was collected from the wild it had the promise that one day it would be a great little bonsai. It had such a lovely movement throughout the whole of the tree, all it need to have was more compact foliage and a strong root system. I estimated that it would take six years to be presentable… it as taken twelve years.

Collected from a rocky outcrop in England this yew was connected to a much larger tree that was collected at the same time by one of my friends. It was planted in a tall wooden box to accommodate the roots… and looked destined to be styled as a cascade.

In the first two years the tree thrived, having been planted in a very open soil mix of 30% Acadama / 30% sharp grit / 30% Biosorb /10% chopped Sphagnum Moss… 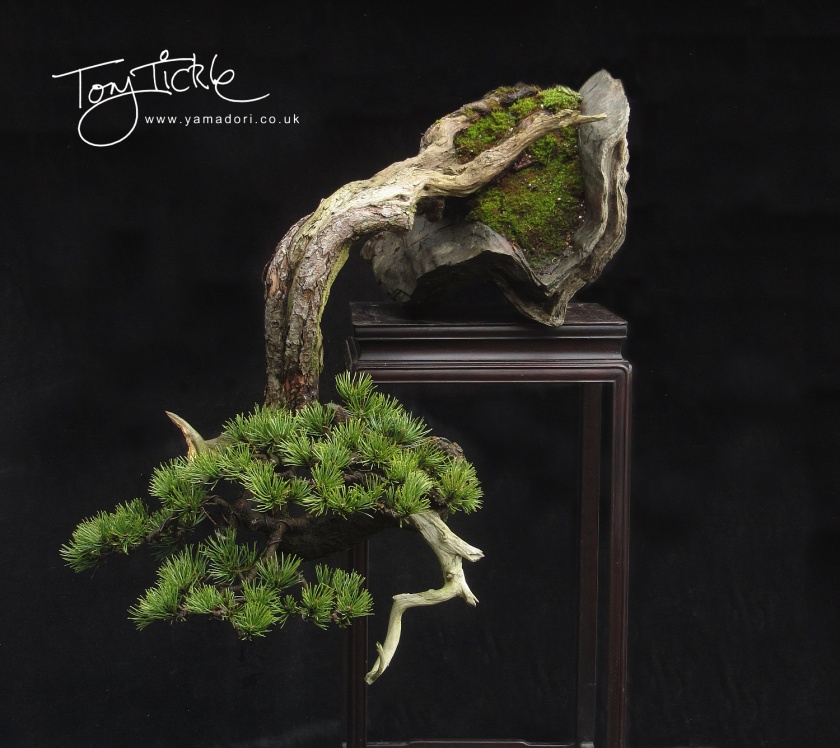 Planting a pine tree in the cascade style is not an easy task, selecting stone that has both the weight and interest is important. The stone was collected by my wonderful friend in Bonsai Terry Foster. It is Devonian schist and very old indeed. It is extremely hard and not easy to drill or cut.

The video and the photos covers most of the ‘how to’, placing the Keto is important so that the soil mixture stays in position and does not wash away when watering.

The target birds for the Club monthly walk in March will be that trio of elusive rock birds – the Cape Rockjumper (Kaapse Berglyster),  Sentinel Rock-Thrush (Langtoon-kliplyster), and the Ground Woodpecker (Grondspeg), which is also more often seen on a rock than on the ground.

The walk, at Rooi Els and Harold Porter Botanical Garden in nearby Betty’s Bay on Thursday 2 March, will be led by the elusive Mike Ford, who happens to be back in Hermanus from his frequent international bird-ringing travels.

Those three rock birds have been spotted in Rooi Els, together with less elusive birds like the Cape Rock-Thrush (Kaapse Kliplyster), Orange-breasted Sunbird (Oranjebors-suikerbekkie), and Cape Grassbird (Grasvoël).

On the way back, the group of birders will stop at Harold Porter, with it’s beautiful garden, and a walkway and access to the waterfall, restored after the…

With the recent warmer weather, the buds on some of my hawthorns are beginning to swell which is a sure indicator that it’s time to re-pot those that were missed last year.

The first is an air layer that was severed from the parent tree 2 seasons ago. At the time, it didn’t have many roots so it was planted deep in a clay training pot to strengthen it up. The first picture is a reminder of how the roots looked before planting in the clay pot. 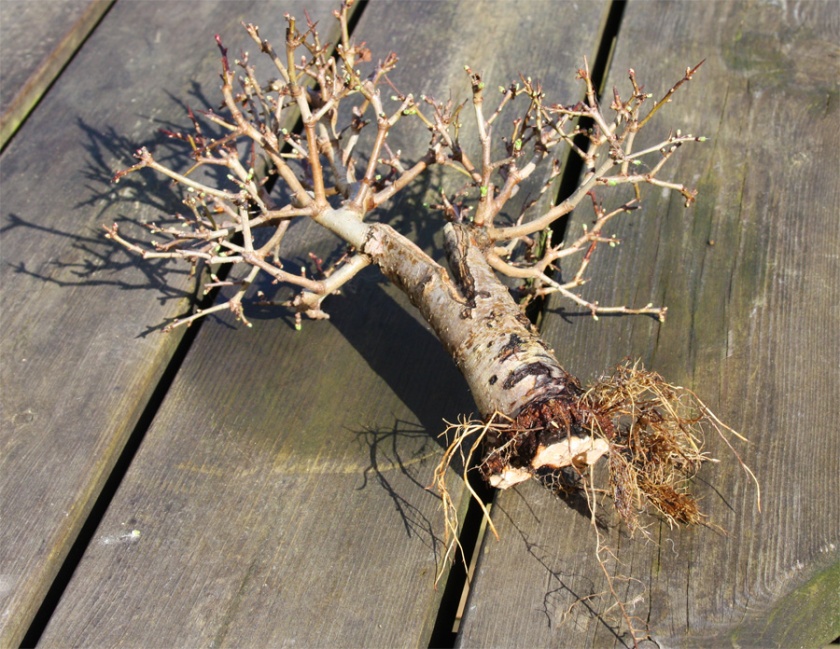 With the tree out of the pot, you can see that there are a lot more roots now and the tree is ready to be placed in its’ first bonsai pot. 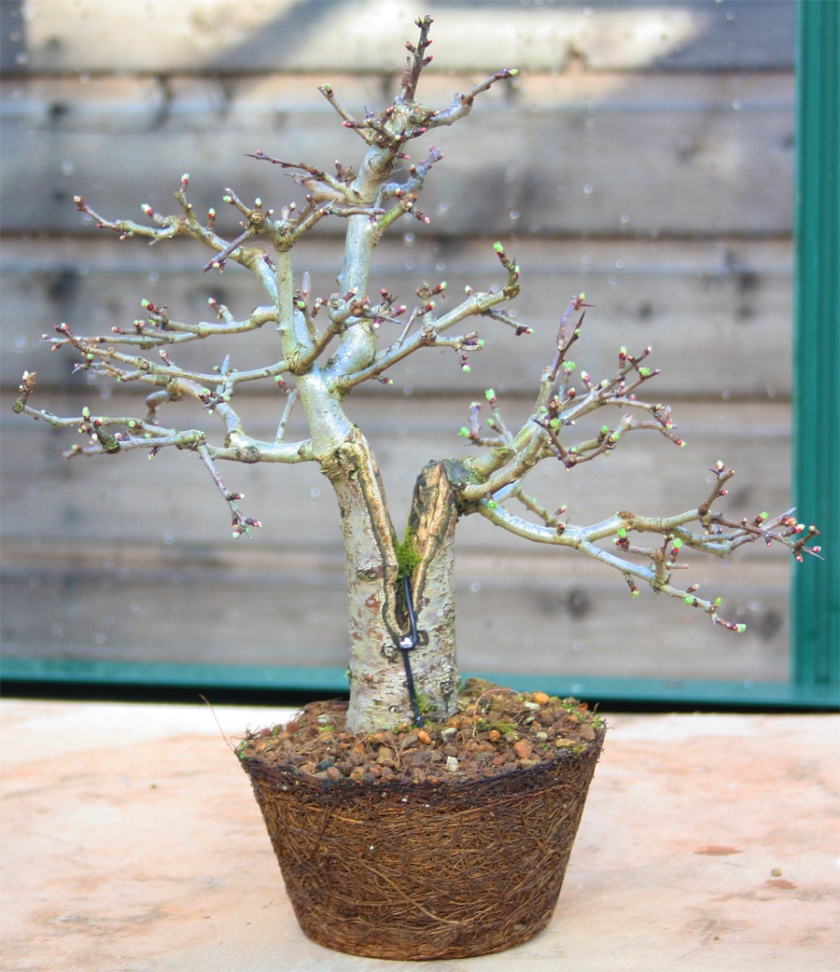 I have chosen a nice cream oval by Walsall Ceramics for this one. I love the quality of this range of pots; plenty of holes for drainage and the securing wires. 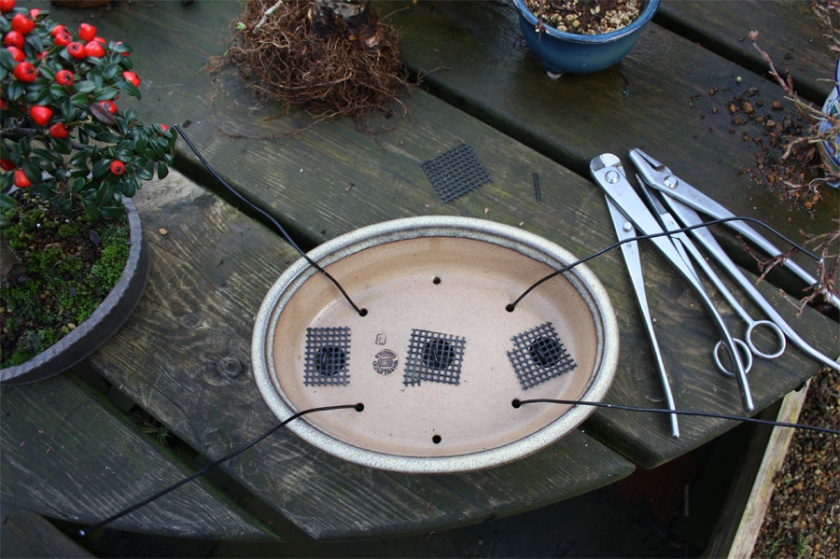