I just completed the winter wiring of this Japanese Larch today. Its’ progress in just five years, from the most unpromising raw material, is a constant source of pleasure and satisfaction for me. It may not win any prizes on the show bench but it has taught me a lot about bonsai design and development and it hasn’t cost me a penny. It will take another few years to acquire the fine ramification that I would like. Here is the progress so far in pictures. 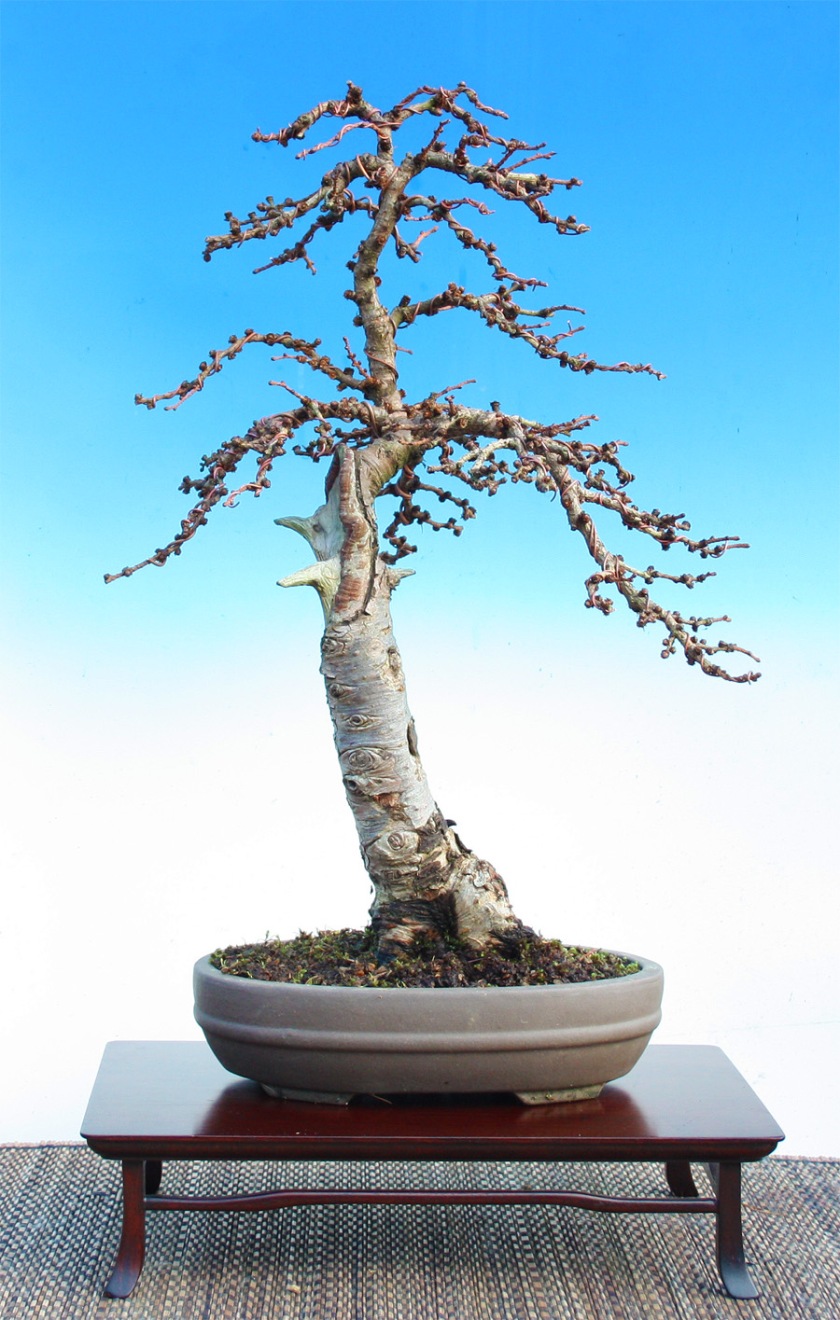 This is the pot it will be transplanted into in Spring, a nice grey glazed oval by Walsall Ceramics 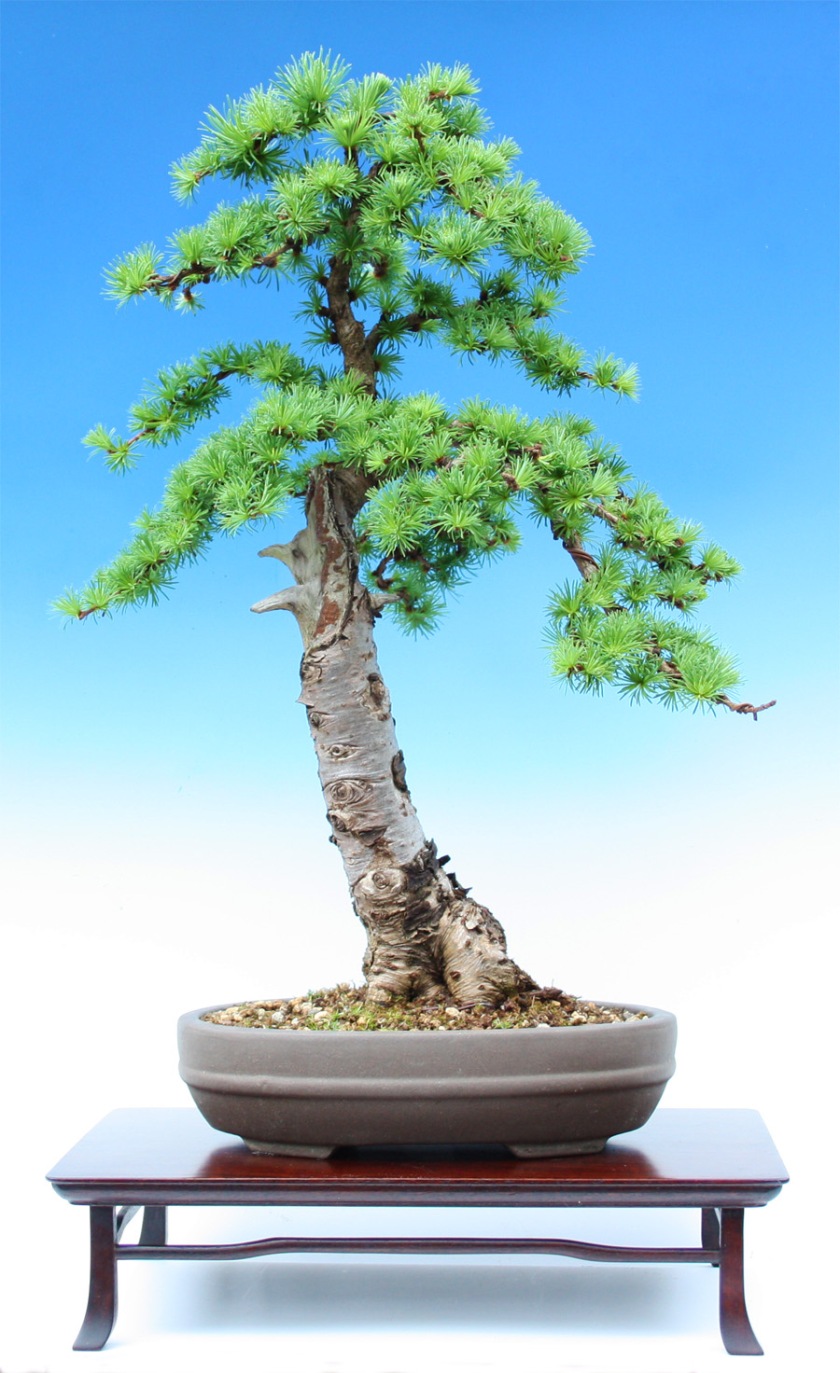 Spring 2014, after pruning and wiring and re-potting

Summer 2013 after carving the stump 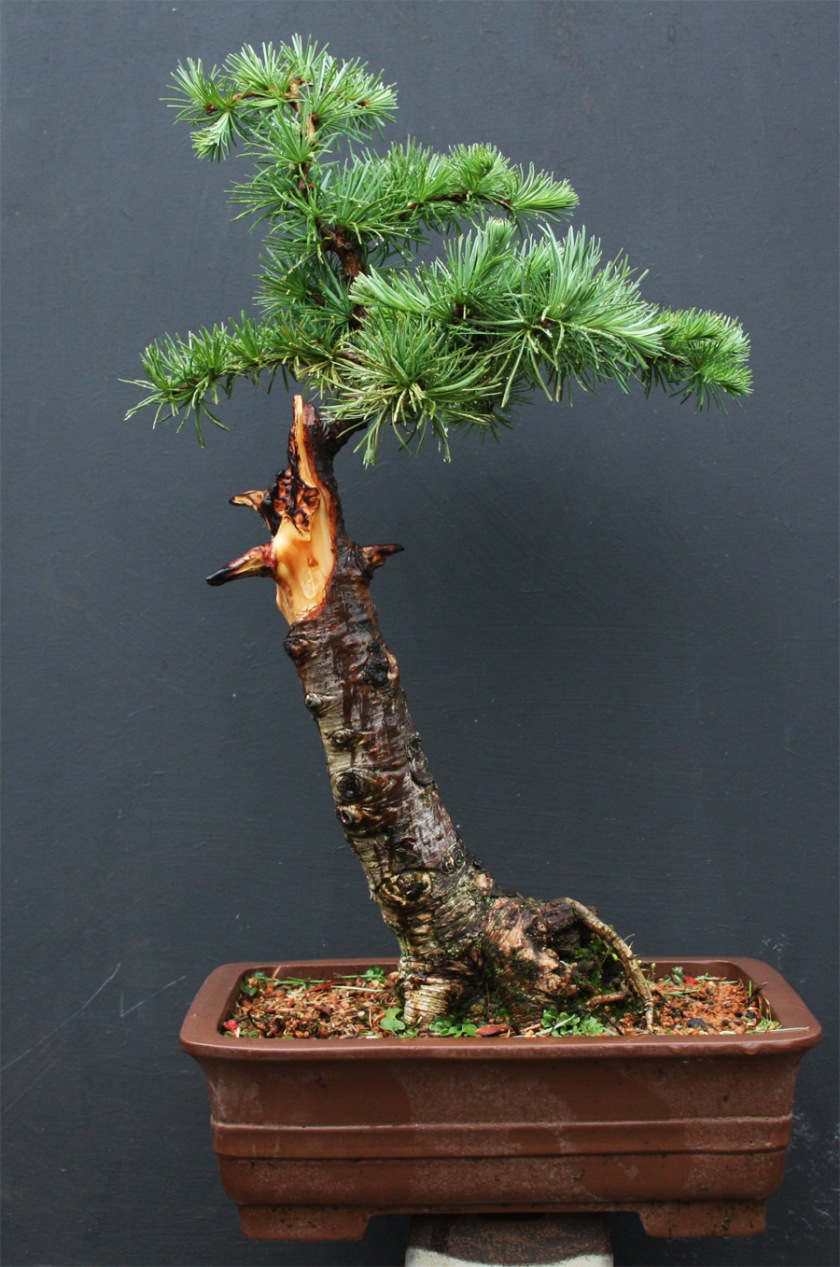 2012 after re-pot and first styling 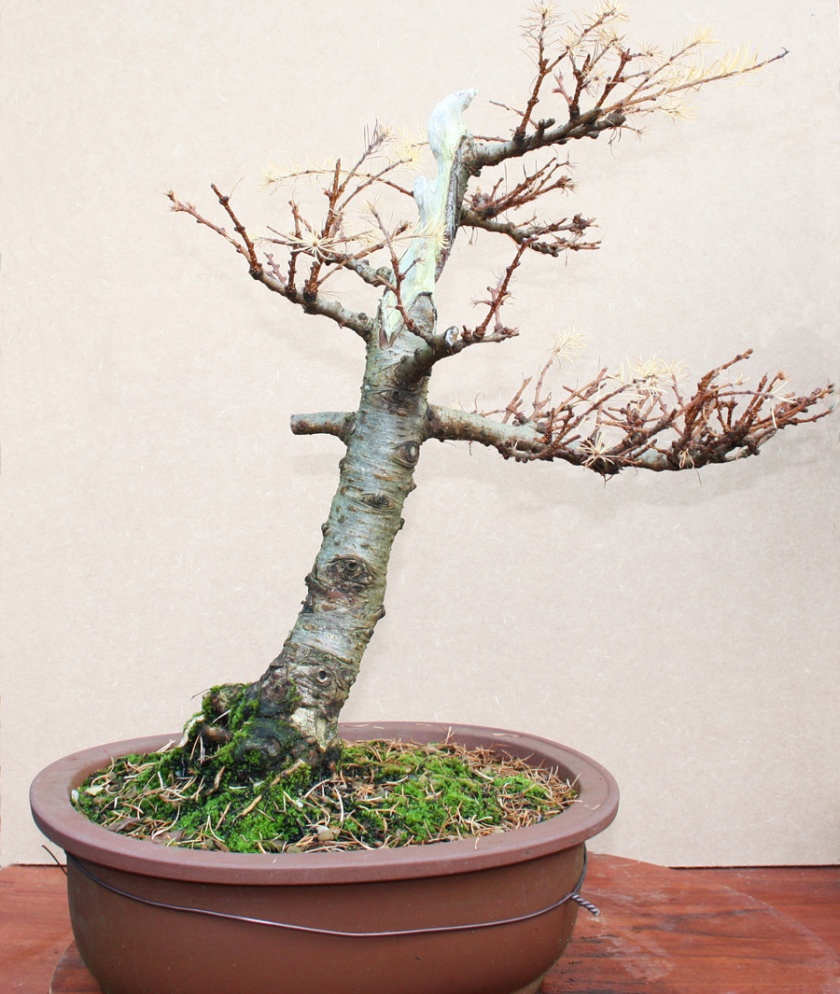 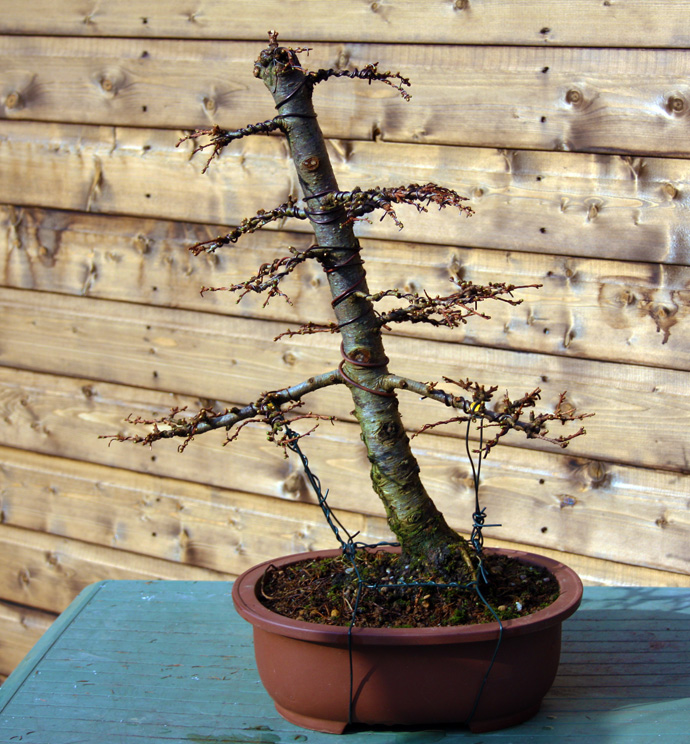