Three trees, a ficus, a raintree, and a water jasmine, walk into a bar….

….they each say, in three different languages, the same thing,

Sorry. I think I’ve made that joke before. Sounds like one of mine.

We need some wire, maybe some repotting, some love. Some beer too. Maybe the jokes will get better. I’ll wait, go get yourself one. Or wine. Or some of the hard stuff. 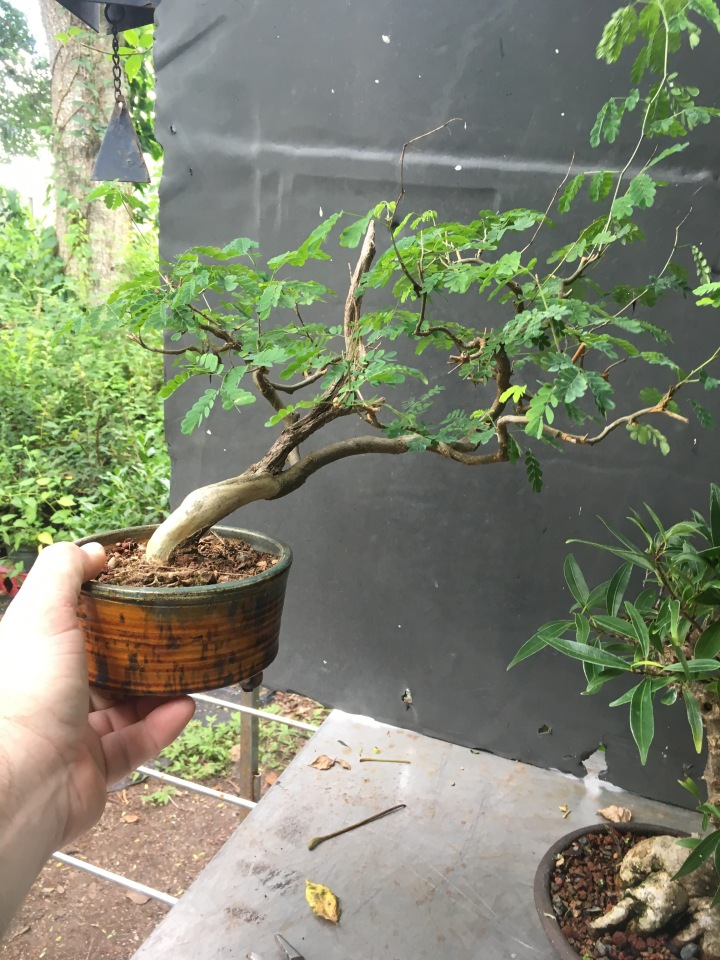 ABrazilian raintree that has been in its pot a little too long.

It’s a wee bit pot bound. But, it not only has the much sought after nitrogen fixing nodules, but it has a healthy mycchorizae colony too.