Here is a recent picture of some of my evergreen shohin trees. Now that the days are getting longer and a little warmer it wont be long before they awake from their winter rest. Remarkably, the cotoneaster  at the top right hasn’t lost a single leave or berry this winter.

This is a little Hawthorn that had been doing well a few years ago and then my Summer holiday waterer didn’t notice it on the bench for the 2 weeks I was away. On my return it was all but dead. After a while in a poly tunnel it popped a few buds back on the trunk. I did a little initial shaping to the new shoots but recently the tree got a reworking with a lot of the remaining deadwood removed. I’m back to a basic shape and it’s a long way to go, but at least it survived! 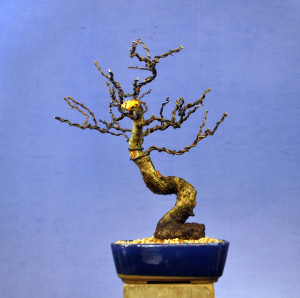 I gave this Hawthorn collected up the North coast in around 2003 a rewiring last week. It’s been knocking around my garden for years but it’s finally starting to resemble a tree. In about another 15 years it might actually look the part 🙂 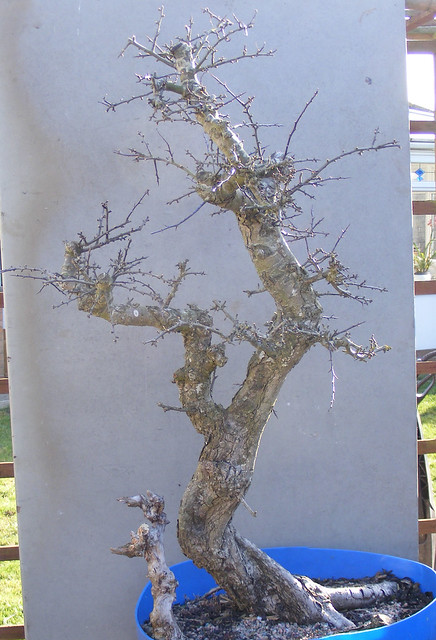 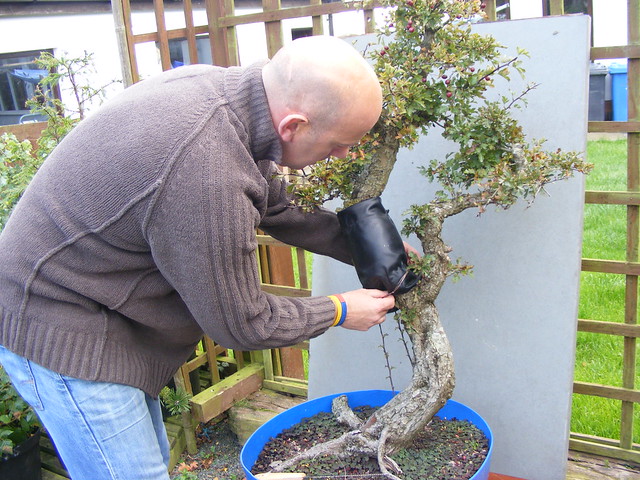 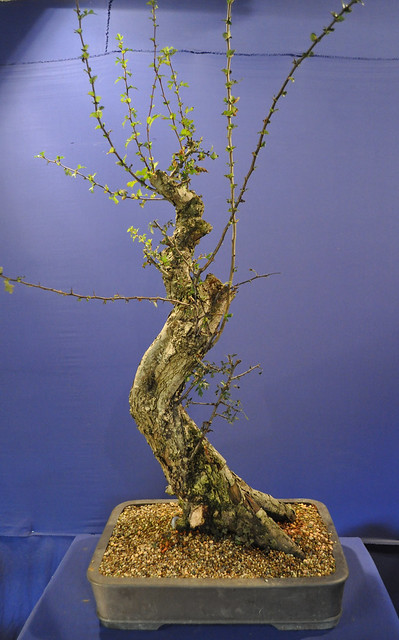 I wired the tree out for the first time in Winter 20114/15 and this was the tree in May 2015 after cutting back the first flush of growth. 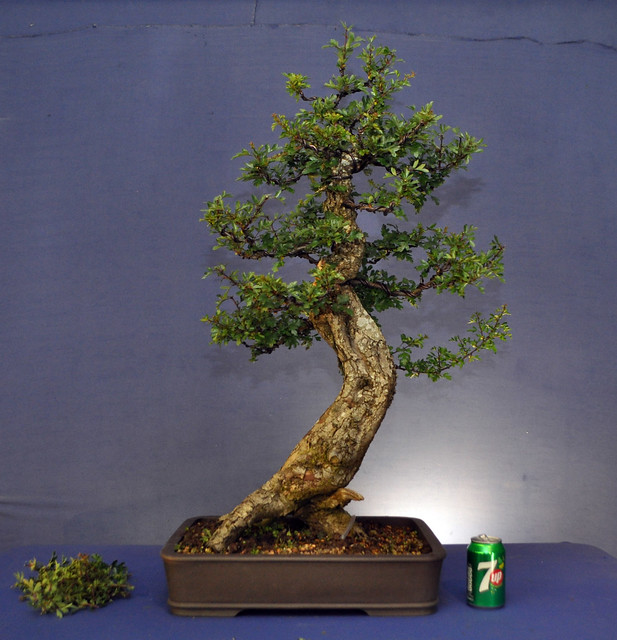 And this is the tree now in March 2016 after a second wiring. Just need about 10 times the ramification to make a convincing tree image. 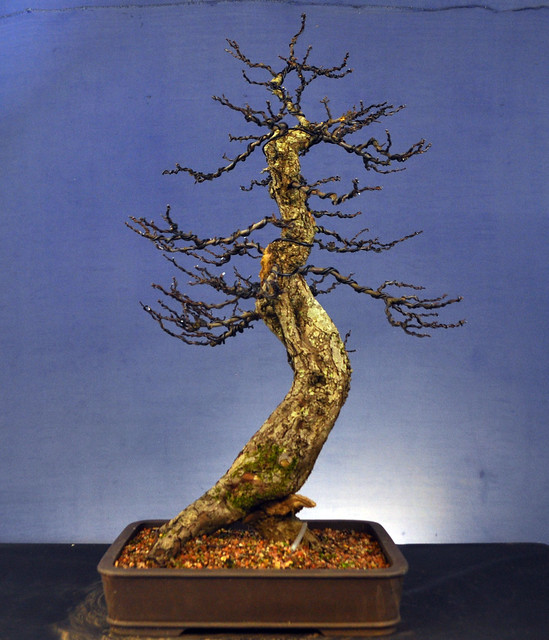 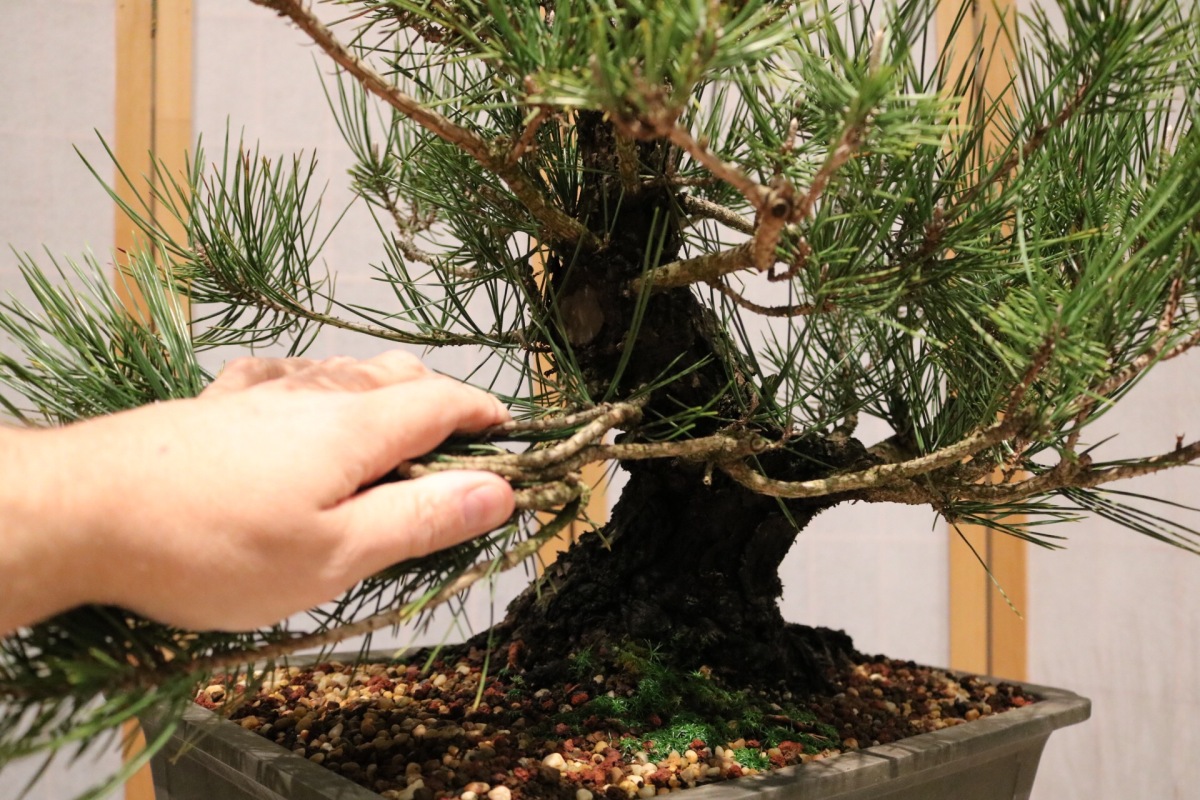 Thanks for playing along. Here were some of the comments:

I bought the pine in December 2014. Here is how it looked upon arrival: 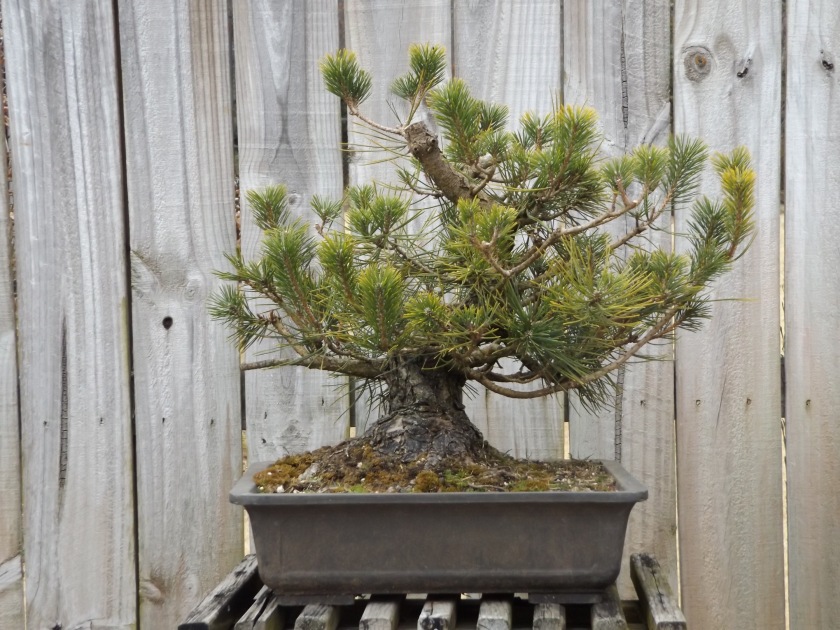 Needles were nice and even.
I let it grow all of 2015 with no pruning, no root work, no fungal problems, full sun, and the heavy feeding program all my pines get. Here is how it appeared after the 2015 growing season: 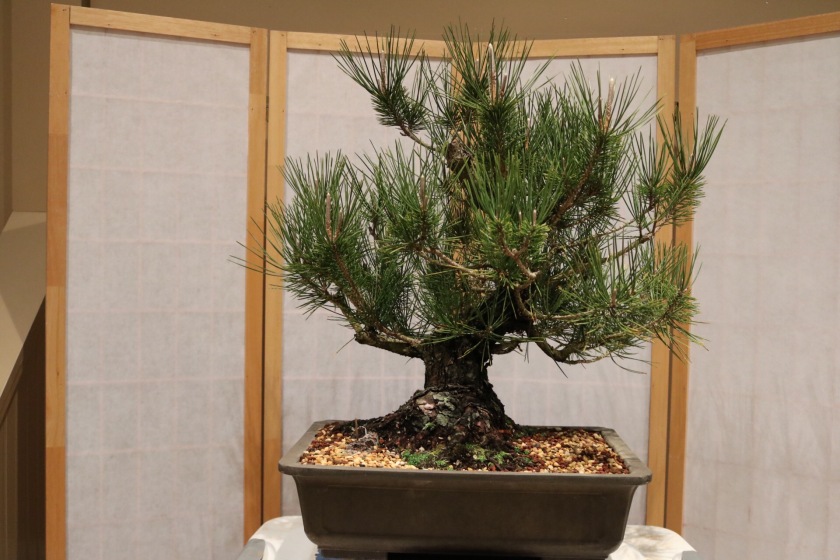 So why the short needles in 2014?
I suspect the tree was pruned back very hard in spring 2014, and the tree responded with adventitious growth; sporting long candles that took a longer time to open. This meant the needles didn’t have enough time to fully extend before winter hit, and the buds for 2015 were smaller.

Then why were the needles so long in 2015?
Since the buds were smaller, the candles didn’t extend as far in 2015. I let the tree grow…

I bought this Trident back in 2011. This is the pot it was in at the time. I didn’t like the rectangle and I didn’t like that the rock over hung the left side of the pot. 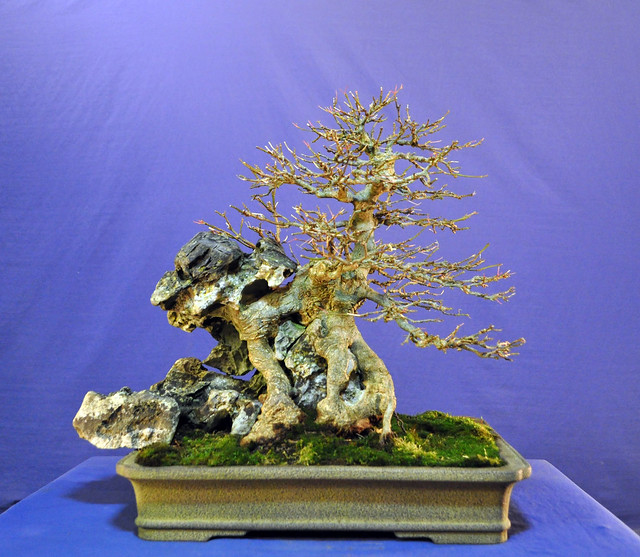 I opted to change the pot to this Walsall Ceramics pot in February 2012. 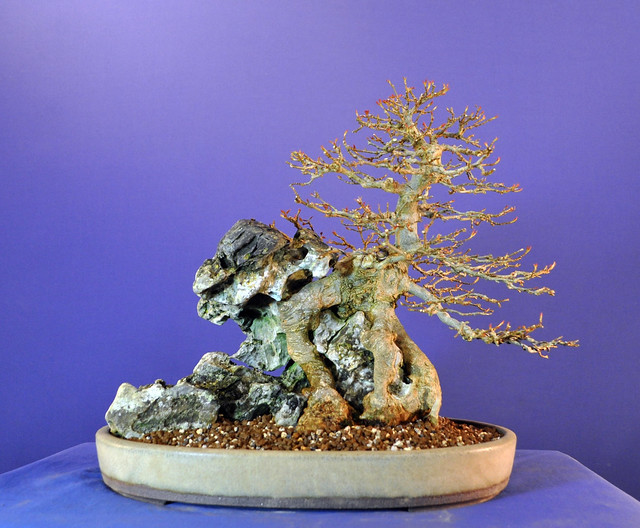 And there it stayed until last week. I had another pot come into my hands that I wanted to try out and then of course I found another one as a second option. I tried the tree out in each pot.

This was the blue option 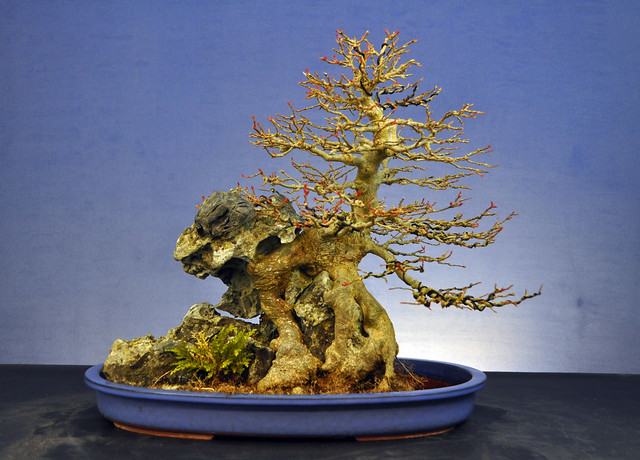 and this was the cream/white option. 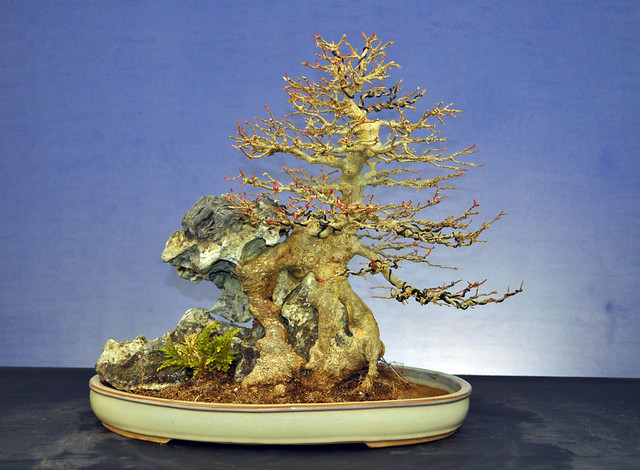 After some deliberation I opted for the cream pot. It was my favourite of the two anyway but I was also able to twist the tree slightly more in the pot with the extra front to back space allowing for a slightly new front that shows a…