I really like these little cones developing for the first time on my Japanese larch. Only three of them. 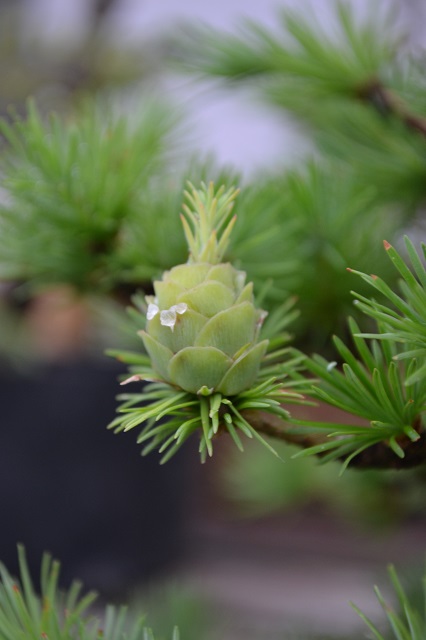 British Shohin Bonsai are delighted to announce that the headliner for the Spirit of Shohin exhibition next April will be none other than Taiga Urushibata.

The son of Nobuichi Urushibata,  Taiga is the second generation of Urushibatas working in Taisho-en,  the family nursery in Shizuoka, Japan.

While Taiga grew up immersed in bonsai tradition and art, it was with another Japanese Bonsai great that he honed the skills learnt originally from his father. In 2000 he became apprentice to Mr Masahiko Kimura and in the six years he worked with the great master,  Taiga went on to develop skills at a very high level. Indeed Mr Kimura always rated Taiga as one of the best apprentices he had ever had.

Taiga returned to Shizuoka in 2006 to work alongside his father at Taisho-en.  Now an  established bonsai artist in his own right,   Taiga has done  workshops and demos in Japan…

During my weekly meeting with Gerry, we took a close look at a shohin Chinese elm that he had attached to a rock last year. He simply, bare rooted the tree with a water jet, wrapped it’s roots around the rock and tied them in tightly with some wire. He then placed the tree in a five inch plastic pot and filled it up with akadama. 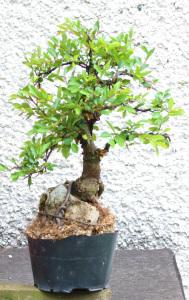 When we could see that there were lots of fibrous roots, we removed the tree from the pot for a closer look.

The rock, which has a depth of about four inches (10cm) has fine roots growing around and below it. The depth of the roots, below the rock is about half an inch (1 to 2cm). 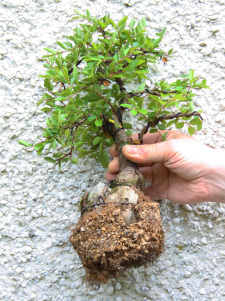 We decided that for the next stage in the tree’s development, it would be advantageous…

A good day was had by all who attended the work shop at Dipaks house on Sunday . The weather was kind to us again. Lots of work was done sorting out our trees ready for the seasons shows. Thanks to Dipak and his family for letting us use his garden. Here are a few photos of the day. 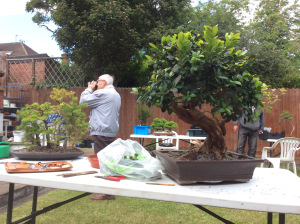 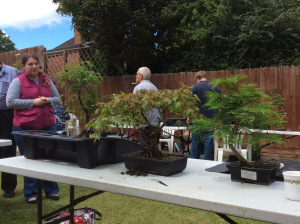 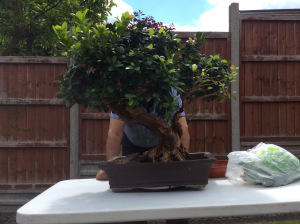 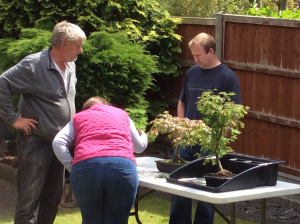 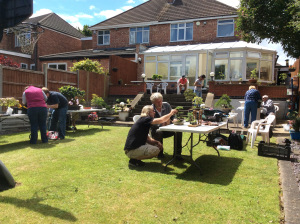 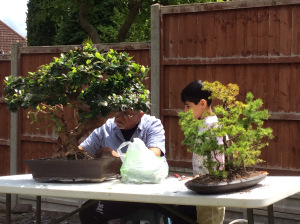 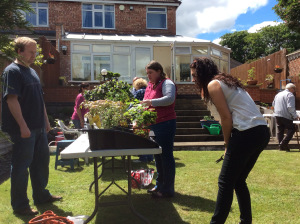 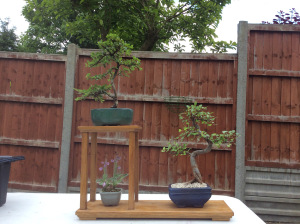 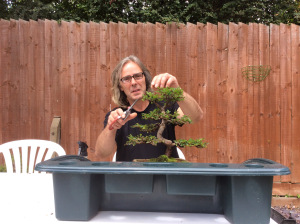 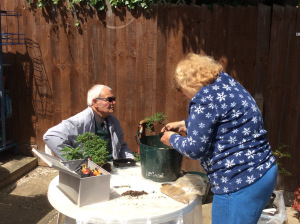 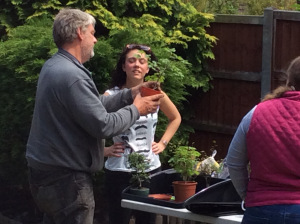 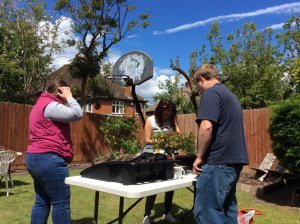 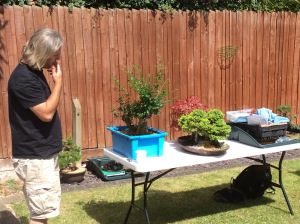 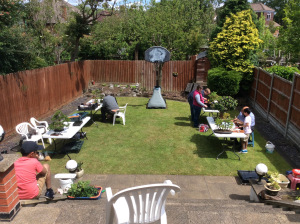 Once again a big thanks to Dipak and his family